Your hotspot for the opening day of the tournament.

It's finally here! In just a few hours (4pm EST), Brazil and Croatia will kick-off in São Paulo to mark the official start of the 2014 FIFA World Cup. I've been waiting anxiously for the tournament to begin and I'm sure that sentiment is shared by you all. Use this thread to comment on the day's ceremonies, game, and happenings.

As with any World Cup, there are plenty of headlines going into the tournament. But this year's version seems to have more baggage than any in recent memory. Brazil as a country has been rife with issues in the build-up to the Cup. Economically, politically, socially; you name it. Storylines will play out on the pitch and off it. 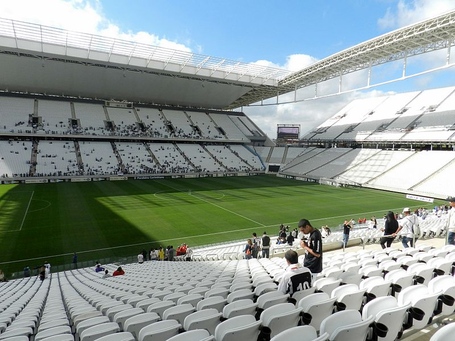 Predictions for the match and the tournament? Enjoy the match, and Happy World Cup Day to all!