Aleksandar Kolarov has had difficulty in adjusting to life at the Etihad Stadium.

After a mediocre debut campaign, former Liverpool captain Alan Hansen stated that the left-back was not good enough for Champions League football.

"Their (City's) defensive cover is not the best and you would have to stated that the left side of their defense, with Lescott and Kolarov/Clichy, is not Champions League-winning standard," Hansen wrote in his column for the Telegraph.

I visited a City forum some 18 months back and the fans didn't rate Kolarov highly, to say the least.

"I personally think he's better on the bench. I went to church on Sunday and prayed he didn't play against Madrid," one said as City were preparing to face Real Madrid in the Champions League. Another added: "Kolarov...whilst having some fantastic abilities...is, well...a bit below top level players in that position..."

It all looked bleak for Kolarov.

Yes, he was good going forward but was also susceptible on the defensive front- and for a player playing under a defensively-minded manager like Roberto Mancini that was a complete disaster.

He was finally on the verge of leaving City last summer with suitors from Italy and Galatasary showing interest in recruiting the former Lazio star. But Manuel Pellegrini convinced the Serbia international to stay and what a massive turnaround it has been for Kolarov.

Against Newcastle United last week, Kolarov was rated by WhoScored.com as the best player on the pitch. A menace on the left-wing, the 28-year-old also provided the assist for Edin Dzeko's opener.

In the 8th minute, David Silva jinked Moussa Sissoko before playing a perfect through ball for Kolarov behind Mapou Yang-Mbiwa. Kolarov sliced a beautiful low ball for Dzeko, who put the Citizens ahead with a calm finish.

That was Kolarov's fourth assist for the season and a testimony that Pellegrini has set up his tactics to suit Kolarov's style of play.

The win against Cardiff City on Saturday serves as another perfect illustration.

Pellegrini deployed Silva on the left-flank, who continually came infield to open up space for Kolarov to overlap. Sometimes, one could also see either Alvaro Negredo or Dzeko occupying the right-back, as shown below. This gave Kolarov acres of space to run into, unchallenged. The right-back didn't risk moving up the pitch to tackle Kolarov for the fear of opening a channel for City's strikers. 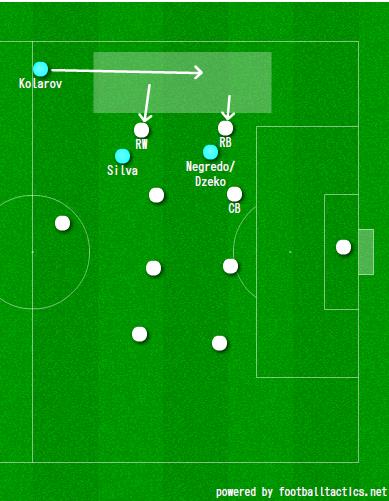 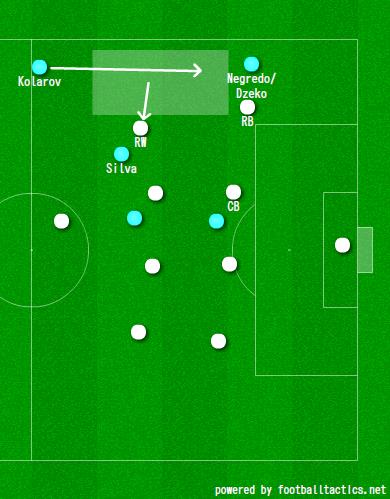 Kolarov produced another impressive performance and his influence was evident. 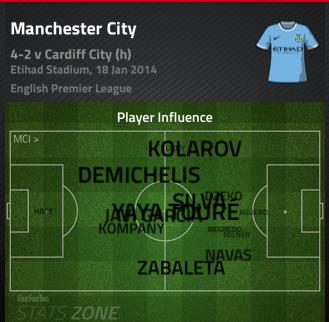 However, there are two prerequisites or you can say demands, of Kolarov that his teammates need to fulfill for the lad.

First, he likes the ball to be given to him when he is on the run and it should be released into the space ahead of him. In this way, Kolarov can be at top speed while receiving the ball, which is already in motion, making it difficult for the defenders to catch him up. After that, the 28-year-old can cross, shoot or play an infield pass.

On the other hand, when the ball is given to him on to his feet, Kolarov can't carry on with his run. His move becomes ponderous and the opposing defender can readjust to defend against Kolarov.

Second, the latter prefers to receive the ball in the final third.  This is because, he is more likely to get the ball on the run in that zone than in midfield and he can use his best asset- crossing- only deeper in the opposition half. 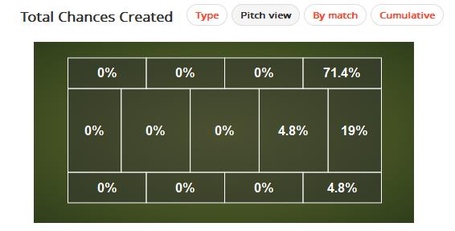 Against Cardiff, Kolarov got possession in midfield on several occasions with City, surprisingly, looking to start attacks via the left-back. But Kolarov clearly lacked ideas. His crosses from higher up the pitch were desperate and rarely successful. Moreover, Kolarov generally ended up playing a backward or side-way pass to one of his teammates. 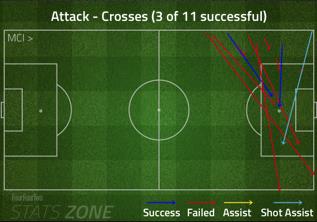 Sergio Aguero's opening goal against Manchester United showed how much damage Kolarov can do when given space to overlap and the ball at the right time.

Now, there are still some question marks regarding Kolarov's defending. Understanding that he lacks concentration on the back end of the pitch, Pellegrini has slightly relieved Kolarov from the defensive work.

Martin Demichelles or Javi Garcia or Yaya Toure continually "fill" for Kolarov when he is caught high up the pitch. Cardiff looked to exploit the space behind Kolarov but Demichelles tracked Frazier Campbell's run in that channel very well. Against Newcastle, the former Malaga defender did the same versus Loic Remy. 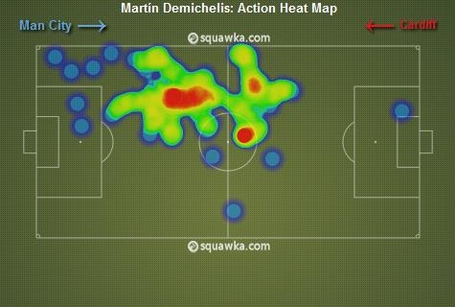 Kolarov hasn't suddenly become an exceptional full-back. "I am the same player I was last season and two or three seasons ago," the former Juventus transfer target commented.

Pellegrini has just tinkered City's tactics to bring the best out of the player. For the classicals, Kolarov is a left-back, who can't defend. But for Pellegrini, he is an attacker who stays very high up the pitch to provide width, makes constant overlapping runs and contributes towards City. The likes of Demichelles and Toure help to shadow his defensive flaws.

As Simon Smith of The False Nine strongly argues, "There was no mention of his (Kolarov's) poor defending for a defender (versus Newcastle) because, well, nobody considered him to really have given a defensive performance". He was there to attack and did so admirably well.