Team sheets are in. 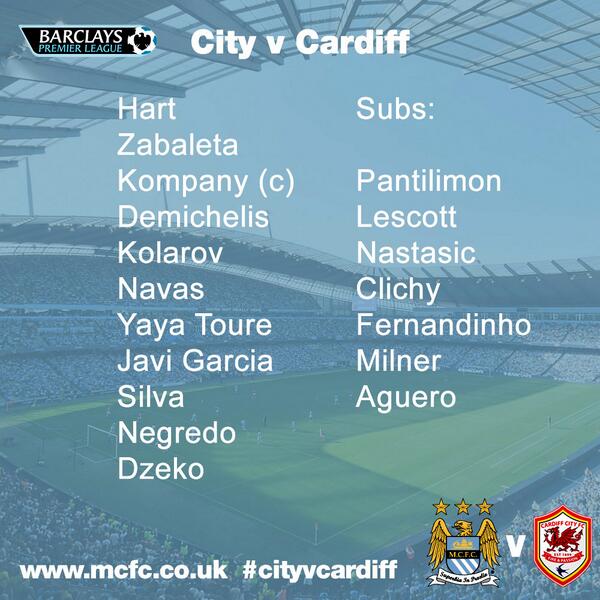 I'm a little surprised that Yaya is starting after being rested mid-week for a back problem. Hopefully he doesn't re-aggravate that today. Nastasic also goes back to the bench. Has he officially lost his starting spot to Demichelis?

So who is going to get goal #100 for the season? My money is on Negredo, but we're playing at such a high level that almost anyone could score and not surprise me (except for Zabaleta).