Go to 1:39 of this video and watch #27 of Crystal Palace stumble around, fight with his balance and get nowhere near the twisting Daniel Sturridge. Now, you may miss it the important section of this video the first time around, but keep watching and be amazed at a pro athlete seemingly devoid of balance and agility.

2) The Progression Of Man City

Saturday's game against Everton was a small 90 minute snapshot of where Man City are at right now: unsure of mind, panicked in defense, caught out too easily by direct attacks; but as time wore on, dominant, increasingly confident and too much talent for their opponents.

City's defensive scheme is troubling many a fan right now: the inability to effectively defend counter attacks and passes over the top or into the channels is something that needs to be fixed, and fixed quickly. But this will take time, just like it took time to fix during the Everton game. Man City's vulnerability to Everton's attacks faded as the game wore on, maybe a deeper defensive line was employed, maybe Pellegrini figured out Everton's attacking scheme and made some tweaks?

Here's the crux: Pellegrini, brilliant reputation and all, is going to need games to figure out the PL and it's varied teams. Each team poses different questions for Pellegrini, but just as he learned on the spot during the Everton game, he will surely learn during the course of a 38 game season.

The defensive scheme will be fixed given time and a greater tactical flexibility (two up front/3 in midfield) may become evident as the season rolls on. City's attacking setup looks strong, midfield balance can be worked on and once the defensive system is fully understood by the players, or, fixed by the manager, Man City should be in great shape.

3) Poyet and The (almost) Impossible job

On the Statsbomb podcast (LINK) we talked briefly about Sunderland and the tall task they already face in securing PL survival. Now, I know it seems ridiculous to talk about a team being doomed after just 7 games but with just a solitary point to Sunderland's name it is already a big ask for the new manager to keep this team in the division.

If 38 points is the relegation line in the sand then Sunderland need to get 37 from their remaining 31 games. Without any maths Poyet's job is simple: Turn this Sunderland side, without a midfield and all, into a mid-table team. Only mid-table form (1.2 ppg) will likely be good enough to ensure Sunderland's survival.

Di canio was a mistake, Poyet is likely an improvement. But I am not convinced Poyet has enough ability to dig Sunderland out of the hole that Di Canio put this team into. The silver lining: an early lopsided schedule may mean Sunderland enjoy a run of easy games at some point in the season. then again, Sunderland are getting so many things wrong that they cannot currently be trusted to beat even the softer opponents in their fixture list.

What is close goal difference? The goal difference at Minus 1, Tied & Plus 1 Game States. (LINK). I use close GD as it's a pretty intuitive improvement on regular GD: remove the (relatively) meaningless blowouts and hammerings teams enjoy/suffer and we get a better picture about a teams ability.

There doesn't look to be too much difference between normal GD and close GD (bad scaling) when looking at the charts, but the r2's at the bottom of the chart give us a better indication of which metric is better. The correlation between close GD and points will tighten by the seasons end to ~98/99. Standard GD to ~90/91 (I think).

One we remove the blowout results and settle on Close GD we can put a graph together.

Obviously these numbers can, and will, change over the course of the season but I wanted to post this info up for the simple reason that it highlights just how bad Sunderland (and Palace) have been.

When the game really matters (close Game State) Sunderland are being hammered. It doesn't matter if the game is tied, or Sunderland are leading or losing by a goal, they are being outscored heavily. Sunderland's league worst PDO doesn't help, but it's the underlying shots profile that is causing this -11 close GS number.

Once we know that Close GD is a better 'fit' with points won, we can roll back and look at close TSR which would be an improvement on standard TSR.

He may as well be a West ham fan 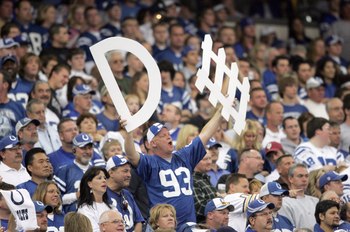 If I had have looked into some of West Ham's defensive numbers prior to the Tottenham game I would have noticed that they were pretty darn good, and that maybe those numbers could have caused Tottenham some problems.

But then again, I would have probably just ignored them if I had have seen them; after all Tottenham, away from home, seemed like a tall task for a poor West Ham away team. West Ham weren't poor away from home vs Tottenham, they were excellent and they restricted Tottenham to great effect.

League average SOT For% (shots on target/total shots) is ~32.5

Whilst West Ham are pretty poor on the attacking side of the ball their SoT Prevention % is amazingly good at Tied and Plus 1 GS. West Ham can really restrict an opponents offensive efficiency but in restricting their opponents West Ham are struggling with efficiency when they themselves attack.

I guess there's only so much tactical currency to go around and a good balance between offensive and defensive efficiency is a pretty hard thing to achieve. West Ham restricting a tired Tottenham side may not be that surprising, but West Ham's attacking efficiency, obvious to all by their 3 goal tally, is positively shocking.

6)Goal of the Week

Come on down, Ravel!

Apologies for the video quality, blame the idiots at the PL.

Here at 10 Points we have previously discussed the Liverpool's tactics when leading in a game; Liverpool tend to shell (sit back, tighten their shape) and protect the lead that they have rather than continue the excellent work that put them into the lead in the first place.

Now, Suarez's return to the team may change Liverpool's tactical setup just a wee bit (LINK Do read this over at Grantland) and we may begin to see Liverpool out-shooting the opposition, at any game state, once again. But, for now, the jury is out:

Nearly all teams in the PL sit back slightly when leading by a solitary goal, but Liverpool are an extreme example of this this effect I call 'shelling'. Maybe, just maybe,  Rodgers felt that Liverpool, sans Suarez, just didn't have the horses to play a controlled attacking game when the opposition would be desperately trying to find a way back into the game.

Whilst we are on a roll with the graphs ( I don't much feel like opinion points or tactics this week)......

The chart below features each PL teams efficiency in terms of shots on target for % and sot prevention%. The information is pretty easy to understand:

Note that some of the big hitters congregated at the bottom right of the chart - super efficient in terms of offense, but lacking a little in terms of defensive efficiency.

Newcastle may just be the league's most intriguing team through the first 7 games. Why? It doesn't immediately seem apparent why: 10 points from 7 games and -1 close GD are not numbers to be particularly interested in. But these numbers are:

There are some things to really like about Newcastle's 7 games so far: Total Shots Ratio, powered by a terrific Tied GS number, is mighty impressive. Shots on target ratio is good, USR is really strong. SO, by the shots info Newcastle are a strong team and may be expected to pick up quite a few points this season if these numbers hold.

But, and there's always a but, Newcastle and their excellent shot ratio numbers are being poisoned by some of the terrible stuff that is going on, namely the PDO and SOT rating.

Newcastle's PDO number will act as an anchor for even the best of shots teams. Whilst Newcastle's SoT Rating - a measure of a teams ability to get their shots on target and prevent the opposition from doing likewise - looks non too clever at the moment.

The verdict: Newcastle are doing some things really well, but unless they fix their ability to get shots on target, and stop the opposition from doing the same, then the excellent shots numbers may only allow Newcastle to climb so far up the table.

Shots influence is a brand new little stat that the good folks at BitterandBlue created (LINK). In short this stat looks at a players contribution, in percentage form, to his teams performance in a given game or over the course of a season.

So far, I have only looked at a few players but Ozil and Giroud show well, as does David Silva. There's showing well (around 40% contribution) and then there is Cristiano Ronaldo:

No surprises that Ronaldo's lowest contributions as a percentage were against, arguably, the two hardest opponents in Bilbao and Atletico. That previous sentence is the only remotely negative thing I can say about Ronaldo's attacking contribution; everything else is gold.

Just think about it: A team, and a bloody good one at that, has a player who is so good, and so influential, that he is responsible for just short of 50% of that clubs attacking output. FIFTY PERCENT. Ronaldo ladies and gentlemen.

Oh, and watch this on concussions and the NFL http://www.pbs.org/wgbh/pages/frontline/league-of-denial/