A look back at some of the talking points from the weekend's games.

1) What should of been. Michael Johnson, just how different it could have all been. But as the man said 'I'm more disappointed than anyone, but that's the way it goes'. A wider set of questions should be asked about how and why Michael drifted so far away from what is expected of a professional, could the club have done more, his support network, the player himself? Maybe everyone, in hindsight, could of done more.

Young footballers come from all diffferent backgrounds and upbringings. They have different maturity and mental strength levels, and not every young player or young man has the ability to cope with undoubted strains and riches that a certain level of stardom brings them.

I always remember a quote somebody once told me about the suicide of a famous musician: ' Sorry, I just didn't have the tools to be able to cope with life' 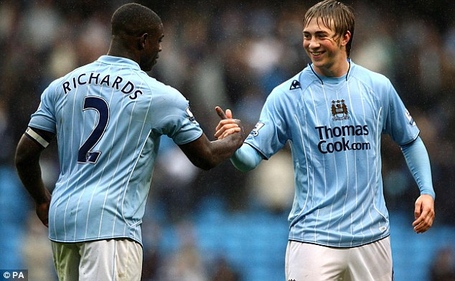 He could of been some player. That picture above is one we should of been seeing every week for the next 5-7 years. I remember Michael's bursts of speed from midfield. He would glide past opponents, his untucked shirt rippling in the wind, and then.... But it's gone. In its own modern way he may have been my generations Paul Lake: A talent that flared brightly but all too briefly, a young man who who posed us questions about just how good he would have been. Now only the memories remain, even more painfully so for the man himself.

No shame nor guilt in not having the 'tools' to overcome the problems that plagued him.

2) 7 becomes 5. The title race was never really over, and nor will it be for some time yet. 5 points may still be a difficult task, but the race is still on despite some that claimed Man United had a 90%+ chance of winning the title. Clint Dempsey's strike was just the first set back of many that both the Manchester cubs will suffer in this season's title race. There will be more late goals, more bad decisions and probably a closer gap in points come May.

There are 15 games left, and that is far far too early to make any great claims. Still an uphill task for City though. Injuries and accumulative games have an effect on title chasing teams who rotate their squads on a game by game basis. Drama and the unexpected are still to come. 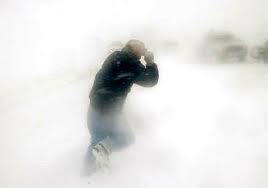 3) Shots on Target +/- Shots on target is the most useful stat, after goals, naturally, in telling us which team may win the game. Win the SoT battle and that team has a very big chance of winning the fixture. So let's take SoT +/- (sot for - sot against) and see which teams are doing well .

Mean is the black line, Blue is good, Red is a negative number, and yellow is trapped between the mean and negative.

As you can tell, only the weakest teams fail to out-shoot their opponents at home, reading, Wigan and Sunderland are the main culprits.

Man City, Spurs and Liverpool kill it at the good end of the table.

Mean is the black line, Blue is good, Red is a negative number, and yellow is trapped between the mean and negative.

As For SoT +/- away, only the very best teams have a positive number. Everton and Spurs are a distance away from the rest. Man City may aswell be playing an inferior opposition to the rest of the league such is the superiority of their +/- number. It is nearly twice as good as any other team. United are seventh,and seventh with a negative +/- number. Quite how Man United have managed to gain so many points whilst being outshot and not having the excuse of sitting on a lead in that many games.

Reading and Villa are being hammered away from home.

4) Madness down by the sea. So Southampton sacked Nigel Adkins, and the reasons and motives for doing so remain unclear. Adkins, a physio turned promising manager was sacked after back to back promotions and what is a pretty decent run in the Premier League so far. To say his dismissal was harsh is an understatement. Yes, we don't know the inner workings or behind the scenes issues, but replacing Adkins with Pocchetino, the former Espanyol manager, who has a very limited grasp of English seems like a huge gamble.

I have genuine sympathy for Adkins.

5) Balotelli to Milan? It is the silly season of January when wild rumours abound of potential signings to various clubs. Cavani to Arsenal? De Gea to Barca? Nobody to Man City? How about Balotelli to Milan? Reports seem to be contradicting each other on a daily basis, Balotelli's agent is not helping either. It seems like fan patience has finally expired also.

Rob Dawson of the MEN posted these tweets earlier:

Seems like Balotelli has turned the corner from loveable rogue to nuisance for most City fans. What was the last straw?

Not one City fan has tweeted anything in Balotelli's defence. That's pretty damning.

I am not surprised by these tweets at all, but I assume that fan patience has ran out due to Balotelli's off field problems and behaviour. His future should be evaluated by his performances on the pitch or his potential to imporve those performances. Maybe Mancini, understandably, disagrees and has concluded that Balotelli isn't worth the hassle as, for one reason or another, there appear to be legs to this rumour. 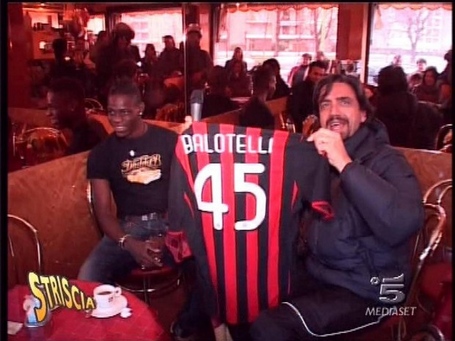 6) Strikers. Last week I talked about RvP being the difference maker for United. Strikers in general can be the difference makers. For example, where would Sunderland be without Fletcher, United without RvP. Conversely, where might Villa be with some help for Benteke, or where might QPR get to now they have Remy and Zamora hopefully returning.

Scoring % is something I have looked at before, here are the two best teams and the two worst teams in the league by scoring%:

League average scoring% has leveled out at a shade over 30%. United's RvP driven number is extraordinarily high and should, you would think, regress slightly, athough it has been pretty stable for a while now and may reflect their 'talent' level. Chelsea are an anomally. QPR are struggling badly and help, any help, would be welcome. Remy may provide it, Zamora too.

Going back to the above chart, the difference between the best and worst teams is atark: For every 10 shots on target recorded Man ubited score 4.3 goals and QPR just 1.9 goals. That is a huge difference in talent and luck.

7) To be a Goalkeeper! ever wondered what it would be like being a goalkeeper in a professional training session? MCFC's brilliant behind the scenes videos give us an insight with a headcam strapped Man City's 3rd choice keeper, Richard Wright, during a traing session.

8) Arsenal's Results vs League position I have talked about Arsenal's relative struggles at length before and now is not the time to do so again, despite recent poor results. Instead, this will just be a quick look at Arsenal's form vs their opponents strength.

Below is a graph which features Arsenal's match day result with their opponents league position at the time of fixture.

Arsenal vs top 5, 6-10, 11-15 and bottom 5. remember the opponents league position is taken at the time of fixture, not as you look at the PL table today.

Pretty stark and evident results. Arsenal are struggling mightily against top 5 sides, and from there on out their percentage of points gained totals increase as we descend into lower quality teams.

Simply, Arsenal are a flat track bully who are being outclassed against opponents in the top 5 who they foolishly believe still to be their peers.

9) Goal of the week. I really liked this from Jordan Henderson but with no little home bias I give the award to David Silva. Quick passing exchanges, confident flicks, a burst of pace and a beauty of a chip finish.

10) 10 Points now has it's own section! It can be found here and features articles like this. The archive is a pretty good place to go back and see where i got it wrong. Sunderland, I apologize!