Rvp has scored 17 goals, assisted 6 for a share of 41.07% of all United's PL goals this term (and an IPP - points percentage of United's goals he's been on the pitch for - score of 45.10%), and has scored his 17 goals on just 35 shots on target. Yes, his scoring % of 48.5% looks a little on the high side and may cool off, but he is an unerring finisher of the highest order who is fashioning high quality scoring chances for himself.

Robin van Persie secured 4th place for Arsenal last year on the back of his sensational goal scoring feats and he may just win the league for Man United this year. The risk was always injury with van Persie, for the sake of Man United, he needs to stay healthy.

2) West Brom. The Baggies were the feelgood story of the first half of the season. Impressive form and a nice style of football was not what many pundits predicted for a West Brom outfit in 2012/13. But managed by Steve Clarke, the tactical astute and naturally dour Scotsman, his debut season in a managers job was going smoothly. Expectations needed to be tempered though, for talk of top 4 was laughable, and a drop off in form was to be expected.

That drop off in form is well underway with just 2 wins in the last 8 games:

West Brom's moving average share of the shots on target has been in decline for some time now, and this will, exempting luck factors, probably result in taking fewer points.

West Brom will be fine, probably top 8-10 and that constitutes a good season.

3) 0-0's revisited. Three games finished 0-0 this weekend, and that will have made watching Match of The Day on Saturday evening a slightly less enjoyable experience. That's now 20 goalless draws this season through 218 fixtures for a 9.17% likelihood per fixture. 2011/12 saw 27 goalless draws for a 7.10% likelihood.

There has been a lot of goals scored this season with Man United's high scoring games driving that number, but the distribution of those goals per game is a little off. A lot of extremely high scoring games but then slightly more 0-0's than last year.

4) Transfer Window. It's now January 14th and we have seen 14 deals in the transfer window so far. By my count there were 49 incoming transfers and loan deals completed in January last term. Many transfers will conclude in the last few days of the window, as per usual. QPR should strengthen, Villa may need warm bodies. Will Arsenal, or any of the CL chasers take a plunge in an attempt to improve their chances of qualification? Maybe, but it feels like the era of the big January deal may be dead. I don't think we will see a Dzeko or a Torres type deal anytime soon!

Torres signing for Atletico at age 11. He was club captain at 19. 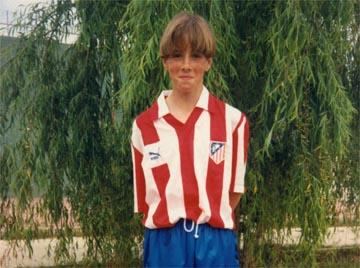 5) Torres and his fighting weight Whilst we are on the Torres topic, this video is haunting.

It shows a slim, streamline Torres finishing with aplomb and confidence. How big a problem is Torres' weight at the moment? Looking at videos of Torres at Atletico and Liverpool it is clear he is now substantially heavier. Injuries and advancing years may take a yard of pace from a player but weight gain can have the same effect.

It's possible that Torres is out of shape--poor discipline, lack of enthusiasm for football at the moment--but it may be equally possible that Torres is now 'too big' in a muscular sense, too many gym sessions to bulk and prevent muscular injuries may well have robbed him of his greatest asset--speed, and without that speed and agility the rest of his game and confidence falls apart. Just a theory, but watch the video and try and guess how heavier Torres must be now.

6) Ticket prices. Many excellent recent articles have rightly focused on the hot topic of ticket prices in the PL. The pick of the bunch may be David Conn's article from this morning. Yet, it is the linesman from yesterday's Emirates game who may have summed up the general mood best with this quote:

It may take a listen or two, but the quote is gold: They paid £62 quid over there, go see 'em.

7) Bottom 7 PL teams and PPG. The battle for relegation will be a mighty interesting one this season. Can QPR pull of a great escape? Will Villa and/or Newcastle slide into the bottom 3 under the weight of their heavy injury lists?

Four of the six relegation threatened teams had their best quarter of ppg total in the either the third quarter or the final quarter, with only Villa and Wolves as the teams that eased off. In short, when using only 2011/12's data, relegation threatened teams picked up more points in the second half of the season than the first half of the season. Some of the teams currently occupying the bottom six need a repeat of sorts of the form exhibited last season.

This year the bottom 4's (Sunderland included) moving PPG form looks like this:

Newcastle are sliding, QPR are picking up as they were always likely to do when coming from an impossible low ppg number.

It will be an interesting race, for sure.

8) Injuries and relegation form. Newcastle and Aston Villa, two of the teams analysed in the point above are both teams who have undershot most expectations this year. Villa are in the relegation zone and Newcastle are 17th. It can be argued both teams are 'too good' to be relegated, and this may be true, and even more so if these teams have fit and healthy squads. But they don't, both sides, Villa more so, are being seriously hampered by injuries and this is having an effect on first XI team selection.

League average tells us that 70 injuries so far this season is par. Aston Villa have consistently been beyond, and thus worse, that the league average since day 1 and Villa are now dangerously close to having double the amount of injuries than league average. There is no doubt that this has an effect on Aston Villa's ability to get results. This injury list may well end up relegating them.

Newcastle's injury crisis is a more recent affliction. Up to week 11, Newcastle were suffering an average amount of injuries, but important players like Cabaye, Tiote, Taylor, and Ben Arfa started picking up injuries and this coincided, naturally, with a failure to hold onto a decent level of form.

Injuries need to be factored in when analyzing why a team is on a slide to the extent that Newcastle have been on.

9) Referee's I wont criticise a referee unless the decision is bordering on incompetent or corrupt. Mike Dean was the target of much criticism for his performance in the Arsenal v City game. Firstly there was the sending off for Arsenal, which was, by the letter of the law, correct; then there was Kompany's red card. Was it a two footed challenge? At the time of contact, no, but during the process of Kompany's challenge both feet were off the floor for a split second. Was there an element of excessive force in the City captains challenge? I don't think so. Vincent stood his ground and did not move toward his opponent in a reckless or aggressive manner.

A harsh sending off for what was a one footed challenge at the point of contact. As for the player, he is a strong tackler, committed in every challenge but he does need to learn not to give a referee a chance to get a decision wrong and remove him from the field of play.

A one footed challenge which wins the ball.

10) Goal Of The Week. James Milner's opener v Arsenal was a touch of quality amongst his usual strong, energetic performance from the City player.

The finish is beautiful in it's brutality.