Share All sharing options for: Ten Points: Balotelli, Cisse, Title Hangover And Around The PL (week 5)

In what will be a new and regular feature by myself on Bitter and Blue, I shall go over some of the talking points from around the Premier League from the weekends results.

Expect some words on Sunderland, come back wins and a title hangover.

1. Papa Cisse. The Newcastle striker was one of 2011/12's most pleasant surprises. A january window signing, Cisse immediately took to the Premier League and scored 13 goals on 21 shots on target in 14 games. Heady numbers by anyone's definition.

Some wise heads including, James W Grayson said that high scoring rate could not continue, I concurred:

Which player will score more EPL goals in 2012/13? Cisse and his likely regressing scoring % or Carroll & his probable rebound in scoring %?

This was the question I touted on twitter, here is the link to Cisse's 2011/12 stats. I said Cisse would not score at anything like last years incredible rate and offered up the suggestion that Carroll would outscore the Newcastle man. Cisse, through 5 games this season has recorded 0 goals, 12 shots and just 3 shots on target. It is early in the season, but these five games may be the regression to the mean that I talked of.

2. Title Hangover. Man City, last years Champions and early pace setter with 4 wins and a draw in 2011/12, have recorded 9 points in five games so far in 2012/13. Media is talking of a title hangover, but the picture is more muddled. Man City haven't started all that well in the PL this year, but we have faced two tough away games, gaining 2 points-and were unlucky not to beat Stoke. City's home form has been more worrying despite gaining 7 points out of 9, we have looked fragile at the back, prone to conceding and generally out of sorts in attacking sense.

No need to panic, though. It's early doors, Joe Hart's save % should continue to get better from it's current false position and the attacking fluidity will come in time. Sooner the better, though. 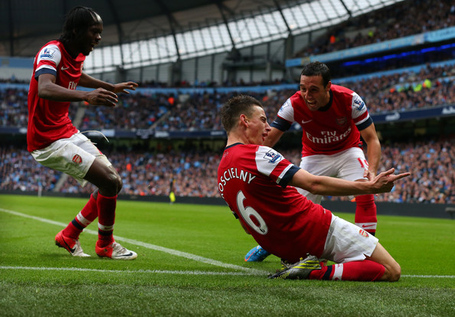 3. Sunderland. Martin O'Neill's men were comfortably safe in 2011/12 after the Northern Irishman replaced Steve Bruce, but there were some doubts about the sustainability of Sunderland's decent form under O'Neill. Journalist and Sunderland fan, Jonathon Wilson talked of high shooting %'s and I found evidence of Sunderland's very high save % too, higher than might have been expected.

Sunderland are 4 games into the 2012/13 PL season and so far have 4 draws from 4 games, 3 of those games away. So far so good. Sunderland have conceded 21 shots on target and have 4 goals against for a save % of 81%.This would of led the PL last year.

4. Hot /coldStrikers. There are a few strikers with differing form currently operating in the PL. Yes, we are only 5 games in but hey, these guys are paid handsomely to score and score often.

Fletcher 4 goals in 4 games on only 6 shots

Zamora 3 goals in 3 away games

5. Man Utd's Comeback Wins. Last season Arsenal set a PL record for nothing 6 comeback wins (ie conceding the 1st goal and going on to turn that around and win the game). Man United have now registered 3 of this type of win and having only played 5 games. Here is the importance of scoring the first goal and how frequently teams do it, and how it links to overall league performance.I would hazard a guess that this ability to win whilst conceding the first goal won't continue and we will either see United not winning in this manner, or, as is more likely, not conceding the first goal of the game.

Is RvP the link between the two sides excellent comeback win records? He could well be, he scored many goals in games where Arsenal conceded the first goals in 2011/12 and he has scored in all 3 games that Utd fell behind in 2012/13. 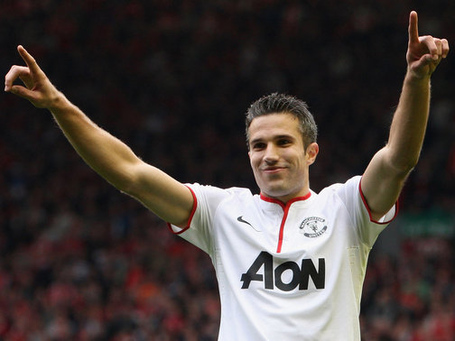 6. Balotelli. Oh, Mario! Where to start. His smoking habit has hit the headlines in recent days. He was dropped from the crucial away trip to Madrid, where his undoubted talents were badly needed. Mario's exclusion may have been for tactical reasons, or for an alleged late night out on Saturday.

Either way, the player really needed a strong showing in whatever game time was afforded to him on Sunday v Arsenal, instead Mario was a replacement for all of 8 largely forgettable minutes which culminated in his manager, Roberto Mancini, pushing the player away and down the tunnel. This is a big season for our crazy Italian striker, and after such an explosive Euro tournament in which all his good qualities were on display, here we are a matter of mere weeks into the season reading Balotelli's name in the press for the wrong reasons. It's a poor start to a pivotal season. A starting berth on Tuesday in the League Cup awaits.

7. Everton. 3rd in the table with 10 points from 5 games, 3 of which were away fixtures. Everton's away win at Swansea was the standout result of the weekend for me in which the Toffee's registered a 3-0 win and recorded a 2012/13 high of 11 shots on target. Around 45% of Everton's passes were recorded in Swansea's half, this is an astounding number. David Moyes' team have been handicapped in recent seasons by a traditionally slow start, not so this year. 2012/13 may well be Everton's year to make a real push toward the top 4, but do they have the squad for it? 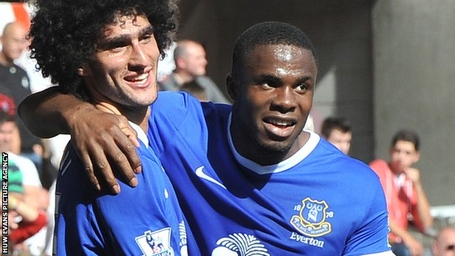 8. Relegation Update. I know, I know. We are only 5 games into this new season but we are already seeing a vague bottom 6 teams who most people expected to struggle for survival. Reading, QPR, Norwich, Southampton and Wigan are joined Liverpool in that bottom six. There are no real surprises amongst these bottom dwellers save for Liverpool who are suffering a Hodgson-esque start to the season.

For me, I shall stick to my pre-season predictions of Southampton, Reading and Norwich to be relegated. I think each of these teams are lacking certain components that will enable them to survive. It's really about the quality of the squad and the ability to score.

9. Liverpool. A home defeat to Manchester United was galling enough on a day of such emotion and more may have been made of this loss if not for Liverpool being reduced to ten men. The defeat leaves Liverpool with 2 points from 5 games, winless at home under new Manager Brendan Rodgers' guidance and with just a touch of pressure starting to build upon the new managers shoulders. I know it's early in the season but this pressure is to be expected when a new manager, to an extent, implements a totally new system and discards the previous managers ethos and signings. Pressure will come if results don't. Liverpool's home schedule has been brutally difficult, though.

Liverpool's next 3 fixtures Norwich (a), Stoke (h), Reading (h). How many points to ease the pressure? 7 points would be my aim.

10. Stats Update. We are now some 49 games out of the 380 total into the new season and we can now have a little look at some of the numbers behind these 49 games.

A quick explanation and look at 2011/12 can be found here. Below are 2011/12's complete numbers of what the eventual result is when a team either scores first,or records the most possession or shots, etc etc

Early season results suggest that we are seeing some surprises in terms of comeback wins and that early season domination of shots and possession hasn't resulted in that team winning the football game quite as frequently as we saw last term. Again, it's early doors.