Manchester City football club yesterday unveiled their full plans for a spectacular new training and academy complex. It may cost somewhere north of £200m and will encompass new training facilities, the new academy site and a new 7,000 seater stadium for reserve and academy games.

It will feature leisure facilities, amenities and if I am not mistaken, East Manchester's first sixth form college. 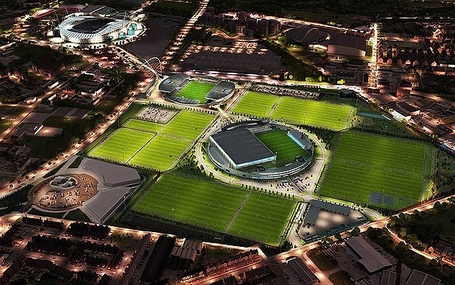 These plans and truly stunning in breadth and scope. Nothing seems to have been left to chance. The study for this academy has featured fact finding missions to some of the best sports clubs in the world and the planning for this site has gone on for a number of years now, including the council's forced compulsory purchase orders of the wasteland in the areas surrounding the Etihad stadium.

The development of these new training facilities have been one of the clubs priorities in aiming to achieve a self-sustainable future, which will one day see Manchester City producing their own stars of the future through the academy set-up, rather than spending huge sums of money on established players.

All decisions that are now taken within the corridors of power at Man City seem to have an eye on FFP regulations and this new and expensive complex is no different. Although, (I believe) the outlay for this complex will not count against City where FFP is concerned as the monies are being spent on youth facilities and regeneration of the surrounding areas and are therefore exempt.