The deal to sign Nastasic from Fiorentina which will feature poor Stefan Savic going in the opposite direction seems to be dragging on a little.

Here are some of the tweets doing the rounds that have the deal as good as done and Savic as being registered before the Italian deadline shut.

Italian reports suggest that Savic's contract was filed by Fiorentina before the Italian transfer window closed. Now waiting on Nastasic...

Man City will also confirm the signing of Fiorentina's teenage Serbian defender Matija Nastasic later for a fee of £13m plus Stefan Savic.

The back of Stefan Savic's head, pictured in Florence today. 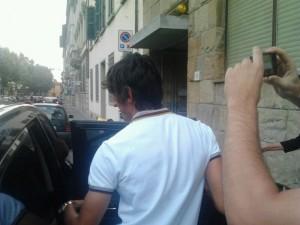 Football Italia have Savic as a Fiorentina player