Scott Sinclair has completed his transfer to Man City.

It was a long and protracted transfer with plenty of twists and some outspoken comments from the Swansea chairman, but Man City have finally got their man. 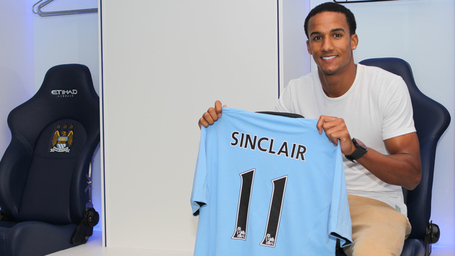 Sinlcair, 23, has signed what will probably be a three or four year deal and a fee in the region of £8m.

It represents good business for the Blues. City have brought in a wide replacement for less than the fee that Adam Johnson was sold for. Sinclair is the quicker of the two players, more direct in terms of style and can also play more centrally so looks to be better 'fit' for the system that Roberto Mancini favours.

A good signing for Man City.

"I'm just glad everything is settled and that I'm now a City player."

"There were times when I thought it might not happen so I'm relieved that I'm here and I can't wait to get started.

Playing alongside some of the best players in the world is exciting for me and when you see two Champions League fixtures against Real Madrid on the hoirzon, it brings it all home."