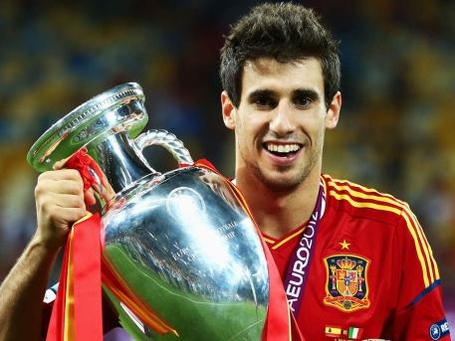 A breaking story is emerging out of Germany that states the Bayern Munich have signed the Spanish midfielder javi Hernandez for a fee of 40 million euros.

The story is on Bild's website and can be found here. This is no usual player may sign story, Bild states that the deal is done and dusted.

Google translate also informs me that of the 40 million fee, the player has paid 10 million Euros of the fee himself. lost in translation? Probably.

Martinez is a very accomplished player with huge potential but the 40 million tag strikes me as a touch steep. The rising price for the Euro 2012 winner may have been the decisive factor in Barcelona turning their sights to Alex Song instead.

All told, we wish the player luck. It was only really ever a dream that he would sign for Man City.