We are now through two of the three Group D games with England and France in the driving seat in terms of qualifying for the knock-out stages.

One thing I have done during the tournament is to measure the Scoring Chance Index in all of the games in Group D. For those that follow the blog regularly you will be familiar with what we here have coined ‘Scoring Chance Index' (or ‘SCI'): essentially a model we have developed to try and better understand and measure scoring chances in football. A full breakdown of SCI can be found at this introductory post.

The full breakdown of individual numbers are as follows (click the image to enlarge): 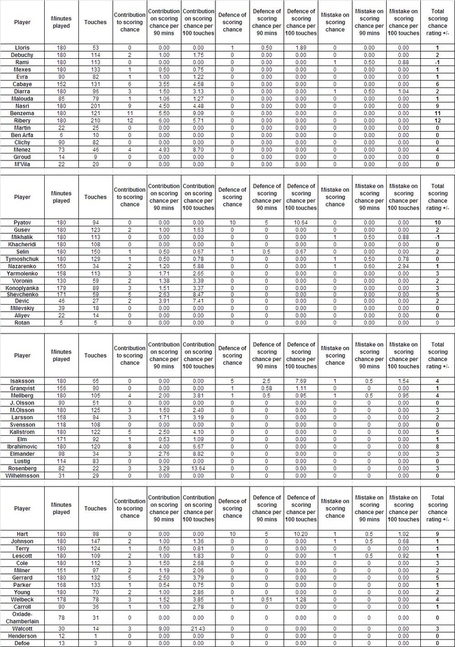 I'll next the Scoring Chance Index following the final round of games.