There is fast becoming a comforting reassurance to games at The Etihad Stadium. A comfortable win against opposition City should be taking three points against ensures that one again the onus falls back on to Manchester United for them to have to win to avoid falling more than a game back of City. March very quickly picked up where the impressive February left off as Roberto Mancini could even afford to rest David Silva and Sergio Aguero with the side barely missing a step as they comfortably went on their way to setting a new Premier League record of 14 consecutive home wins to start a season. Taking this back even further, the winning run now stands at 19 overall (tied for best ever in the Premier League) and in total City are now 24 unbeaten (won 23 and drawn 1) at The Etihad Stadium.

Such are the options available to Mancini that he identified this game (perhaps mindful of some tricky looking fixtures during the rest of the month) as one where he could afford to start without key players. In came David Pizarro for his full debut, his numbers showing how seamlessly he slotted into the side, whilst Adam Johnson was again handed another start and looks to have some confidence about his play at the moment. The formation saw Mario Balotelli as the lone striker but City still managed to create an abundance of chances (25) and shots on goal (24) and for some good goalkeeping from Adam Bogan and some early missed chances the game could have been over well before Balotelli struck City's second.

Central to City's play once again was the role of the full-backs. Putting pressure on the spaces between centre-backs and full-backs has been a hallmark of City's 2011/12 season, with a high percentage of goals coming from either crosses or cut-backs from these areas. It was interesting today then that without Micah Richards and Pablo Zabaleta (the latter limping off early on) this did not noticeably impact City down the right hand side with Kolo Toure stepping in and having an impact in the opposition half and final third (the latter seeing him amongst the statistical leaders). With Gael Clichy also having an impact (more directly with his goal) it provides City's play with an extra dimension that - particularly at home - it is difficult for the opposition to contain.

Amidst all that talk of potent offensive numbers, it shouldn't be forgotten that City's defence posted yet another clean sheet: their ninth in the past twelve games and a Premier League leading thirteenth of the season (from 27 games). Early season slips and lapses of concentration have been eradicated and the pairing of Vincent Kompany and Joleon Lescott is a confident one and do not give the impression that they will yield goals any time soon. Not only have they posted an impressive number of clean sheets but in total they have conceded one goal or fewer in 22 of the 27 games this season: 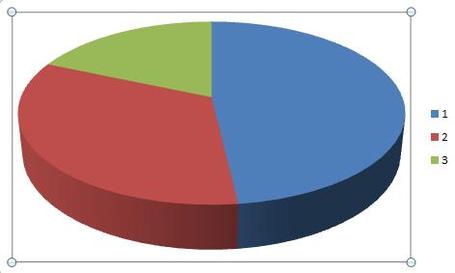 Also impressive is the average points won based on the number of goals conceded; 2.84 when keeping a clean sheet, 2.11 when allowing a single goal and 2.00 when conceding 2 goals in a game - impressive numbers and undoubtedly the solid foundation that the final push towards the Premier League title will be built upon.

He (finally) managed to get on the scoresheet but it was a frustrating afternoon for Mario Balotelli. Perhaps the spectre of an impending fine from the club as hanging over him but despite having a number of opportunities and shots throughout the game, it was only late in the day (and thanks to Adam Johnson's perseverance) that he managed to convert. There is no doubt that Balotelli can be a clinical finisher and does make difficult chances look very easy, but today was a frustrating day for him. That said, shot conversion rate stands at 19.29% - his eleven goals coming from 57 total shots, only 24 of which have been on target (18 off target and 15 blocked). Still, this compares favourably to both Sergio Aguero (18.18%) and Edin Dzeko (17.10%).