Share All sharing options for: Goals scored vs Game winners

I'm looking into some numbers at the moment for a more detailed piece but I thought it worth posting up a breakdown of City's goals scored in comparison to their game winning goals.

Interestingly, whilst the majority of City's goals are scored in the second half (48-23) there are a higher number of game winners in the first half (13-9).

The graphics below are a breakdown looking at the breakdown between home and away and also a split between overall and game winning goals: 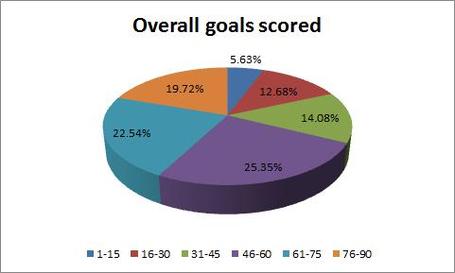 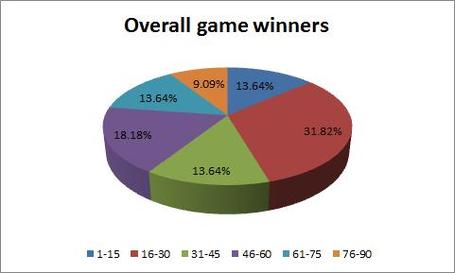 I'll have a more detailed post up shortly so watch this space.