10 Points: Stoke, Michu, Chelsea Decline and Change In The House Of Flies (week 15)

A few talking points from the weekend's fixtures. Sorry it's late.

Share All sharing options for: 10 Points: Stoke, Michu, Chelsea Decline and Change In The House Of Flies (week 15)

1)Dembele The Difference. We know that the Belgian midfield ace is a good player. Quick, strong, adept at breaking the midfield lines and he easily beats a player in one-on-one situations. Just how important has he been for Spurs this season?

This isn't an exact science, and yes, Spurs had harder games when Moussa was unavailable and this skews the numbers. But the player is vital to Spurs and their shape in midfield. With Sandro blossoming, Parker nearing return and Dembele fit again, Spurs may make good on my 3rd place prediction.

2) Stoke D-fence Stoke pulled off one of their old fashioned wins on Saturday. They were outshot, out-possessed and outdone in all other statistical categories but scored via Dean Whitehead late in the game and that was good enough for the win. West Brom could not find a way through Stoke's excellent defence. It's a defence that has already registered 7 clean sheets in 15 games, 5 of those coming at the Brittania stadium. Stoke may be on course for around 18 clean sheets but the real story is Stoke's ability to restrict the oppositions shots.

Stoke have conceded the 7th fewest shots against, the 4th fewest shots on target and have the 2nd best save% in the league (a fraction behind West Ham). When you add those three categories up, it's not hard to see why they lead the league in clean sheets. Credit to Tony Pulis. 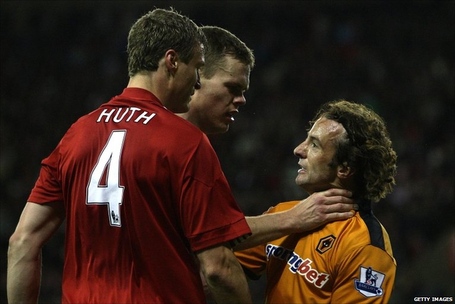 3) Rafa are you still there?. Firing Di Matteo wasn't the most popular move that Roman Abramovich has ever taken, hiring RDM, after the penalty shootout win in the CL, wan't the best footballing choice either. So how has Rafa Benitez fared so far? A couple of simple facts first off. Under Benitez Chelsea have been outshot, in terms of shots on target, in all 3 of the Spaniards games so far. RDM was outshot on just 3 occasions in the PL whilst Chelsea manager, and under AVB being outshot happened on 0 occasions. ZIp.

Shots on target are pretty are important and are a good indicator of who is likely to win the football game and Chelsea, somehow, have been outshot by Man City (understandable) Fulham and West Ham.

Benitez has endured what must be one of the most hostile starts to a managerial appointment that I can ever remember, what Rafa needed was a win. Instead his team crumbled in the 2nd half against West Ham. A lack of tactical discipline and fitness? Maybe. Decline more likely.

4) Decline. It can be argued that Chelsea, despite the excellent achievement of a cup double, have been in decline for some years now, especially since Ancelotti's double winning season. This is normal, teams decline, players get older, Drogba leaves. Expectations of the fans have to be altered, yet that is incredibly difficult when your team has just won the European cup. This year Chelsea were flying until game 9 of this PL season, then the regression took hold. Probably not Di Matteo's fault.

This is Chelsea's save% and scoring % average as it has changed throughout the season. Game 8 is the crest of a great wave. Since then Chelsea's save% has regressed toward the league av of around 70%. The sharper regression is in save%, though. 11 percentage points is the decline from game 8 to game 15. This is unlikely to be anyone's specific fault. It's probably a mix of the ending of a great run of luck, the start of some bad luck and opposition issues. It would be unfair to pin that on Di Matteo specifically.

If we look at shots on target (important) and take game 8, the Spurs away win, as Chelsea's high point we can begin to understand just how relentless Chelsea's decline has been. Chelsea's ppg has just sunk since that Spurs game. Shots on target per game +/- was consistent but slightly sliding, though not great in terms of a league high ranking, up until game 12. Benitez took over on game 13 and the shots on target +/- has been in steep decline every game in which Benitez has managed. He has, if we ignore quality of opposition issues, made Chelsea a worse shots on target team in a very short space of time. Chelsea fans can colour in the tactical details that may explain this decline.

The luck ended and the decline began after that Spurs away win. Di Matteo was blamed for that declined and paid with his post, Benitez has been brought in to halt that decline. He has not only failed to halt that decline, but it has become more pronounced under his management. Not a happy time at the Bridge.

5) Winless QPR After QPR failed to beat Villa, and at home, in Saturday's fixture it's time we said that Harry is running out of games to save QPR's skin. I know he has only been in charge for two games but the maths are simple. QPR have 23 games left and if we are generous and say that 38 points may be enough for survival QPR would need to exhibit some form to the tune of 1.32 ppg, or 33 more points.

Can Harry turn QPR into a top 10 form outfit? Unlikely. Harry's best hope is--along with fixing his own teams form-- for the teams around the relegation zone to crash and burn like Wolves did and like Blackburn did for a spell.

It looks bleak for QPR. 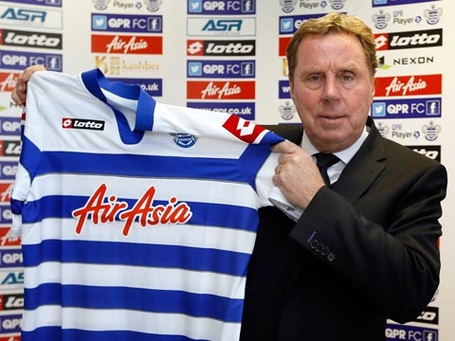 6) Michu! £2m was the price that Swansea paid to grab the tall, languid Spaniard from Rayo Vallecano, who had, and still have financial difficulties. Credit the scouts for finding him, and laudrup for convincing him that South Wales was the place to be. 10 goals in total, with a 5 /5 home/away split.

He is a great value signing so far, but also a regression case having scored 10 goals on 18 shots on target for a scoring% of 55.5%, expect that number to cool off a little. He looks like a very competent finisher, though.

7) The Goal Machine's. Man United, who else. 37 goals in 15 games. 15 different PL scorers. Robin van Persie is the form man and, importantly, he has stayed fit. Can Man United sustain this level of scoring and thus enable themselves to comeback in games in which they go a goal behind? Probably not,

Man City had 49 goals after 15 games and were on course to score 124 goals. It was never going to happen. Form and hot streaks end. Man City finished the season with 93 goals and this, incidentally, is Man United's projected finishing goal total for 38 games. Man City had a scoring% of 46.22 after 15 games in 2011/12, that scoring % regressed to finish on 34.6%. regression happens when a teams scoring % is very high. That high number cannot be sustained.

Here is Man Ut'd scoring% vs the league average (red line). We can see that despite Man United having the league's best goals total, though not historically high in comparison to City's number, they are achieving that league leading goals total by having a very high scoring%. That scoring % is not sustainable.

Now, Man United will not regress to the league average in scoring % (although that is exactly where Man City are) but are more likely to regress to around their number from last year. If Man United were to regress to around last years scoring% (it tends to vary more than stay stable) and their current propensity to conceded goals at an alarming rate doesn't cool off, I am not sure Man united will score enough goals for them to be able to win the league.

Would a projected total of 86 goals be enough for a title win with Man United's defence currently looking so fragile?

8) Demba Ba. With news breaking that Newcastle's in-form striker has rejected a new contract and is thus likely to activate his reported £7m get out clause in January, where may Ba end up? Liverpool has to be front of the queue.

Liverpool, without huge funds, would be able to make the signing and thus fill a huge hole in their squad; namely a goal scorer. Suarez has been sensational leading the line, but I think he will be equally as deadly playing just behind a striker with good movement and goal scoring abilities.

Ba fits the bill, but will he go to Liverpool?

Arsenal have been poor in recent weeks in terms of shots on target +/- for each individual fixture.

It doesn't take much to see that when Arsenal outshoot the opposition by three or more shots they always win. It also tends to be the case that if Arsenal are outshot that they will not win, they may scrape a draw, as has happened twice, but no win. Arsenal's last 3 games have all featured Wenger's team being outshot in terms of shots on target.

This is the problem that needs fixing: Turn Arsenal's strong possession numbers into genuine attacking penetration (may be a problem sans RvP) and don't expend too much tactical currency in throwing men forward and hence leave big, easily exploitable gaps at the back. PL strikers won't miss the chances Michu scored on Saturday.

In terms of what Arsenal require from here on out to gain entry to the top table, the top 4, this is what they need to do.

I have taken the average points of the 4th placed PL side from the last 10 years of PL table's is 67.64 points--1.78 per game. Arsenal currently have 21 points, thus need to gain 46 points from their remaining 23 games.

Arsenal require 2 points per game from here on out. And that is unlikely to happen.

In fact, Arsenal haven't displayed a long term run of 2 ppg form since their 3rd place finish in 2009/10.

10) Change. If Arsenal are unlikely to make the top 4, that leaves Liverpool, Spurs, Everton and Chelsea as the contenders. Liverpool have less chance than Arsenal, All bets are off when talking about Chelsea, well, at least until Benitez manages to stabilize them. That leaves Spurs, who will make top 4 and Everton as the outsiders. We could see a monumental change to the top order of the PL this season?