A round-up of the weekends talking points

1) Benteke Christian is his first name and it took a google search for me to discover that. That is a small caveat of just how under the radar the summer signing from Genk is, or, should that be, was. For his display away at Liverpool on Saturday felt like a coming out party for those of us who don't watch Aston Villa every week.

Benteke was signed for just £7m--small fry these days for a scoring forward-- and is only 22 years old. He is a physical force of nature, his hold up play is good, so are his awareness and shooting ability, as displayed here:

One to keep an eye on for sure.

2) Liverpool Liverpool struggled against Villa and they were tactically outwitted and outplayed in the process, it wasn't Brendan Rodgers' finest day in charge of Liverpool but some perspective may be needed.

Rodgers is just 17 games into the league season, and yes, 5 defeats in total hurts, but he is the new manager who needs to be given time and support. Rodgers isn't the worst manager in the world but he isn't a miracle worker either. Liverpool have problems in terms of squad depth, squad imbalance and a lack of penetration in the final third. Not all of those problems are Rodgers' fault.

This Liverpool team need reinforcements in a few areas, but especially in the forward area. It's here that we arrive at the crux of the argument that brewed on twitter yesterday; do Liverpool back Rodgers financially in January or not? I can't see a reason for not backing him just 4 months into the season, but do Liverpool have any money to spend?

A second question would be: Can Liverpool afford to write off an entire season as development and transition time; Can the fans accept that or, is the gulf between owner expectations and fans expectations too wide for patience to be displayed from the paying public ?

3) Liverpool part II So we got the bad stuff out of the way in the point above. How about some good stuff.

Firstly, Liverpool have the 4th best shots on target ratio in the league but that very high number is being handicapped by the 2nd worst pdo in the division. pdo is save% and scoring% added together.

In short, Liverpool are a very good shot team who are well below league average in turning their shots on target into goals and preventing the opposition from scoring on their fewer shots on target.

Both pdo and SoTR are trending upwards and if that continues Liverpool should start to pick up more points than they have so far.

4) % Of Time Spent In Winning Positions Think of this as a traffic light system:

Red is losing, yellow is drawing, green is winning

Man United are the league leaders in terms of % of time spent in a winning position, QPR are propping up the division. Logic would determine that the more time a team spends in a winning position, barring late collapses, the bigger chance that team has of eventually winning the game. And the opposite is true for teams who spend a lot of time in a losing position.

City's low % of time spent winning is testament to their late comebacks and having scored 19 of their 33 goals in the last 30 minutes. I would like to see City's % of time spent in a wining position improve though. It may not touch anywhere near United's excellent winning % number and, who strangely, are the only team in the league who have spent less time drawing than winning. This befits a team who haven't drawn a game in the league so far.

5) QPR Win! It had been a long time coming but QPR finally won. 3 points. Mark Hughes gained 4 points in 12 PL games during this season, in Harry Redknapp's official games in charge QPR have gained 6 points in 4 games. That is quite the upturn, although it is early days into his tenure. Are we seeing the influence of the upswing in form that is displayed in the fifteen games or so after a new manager is appointed? 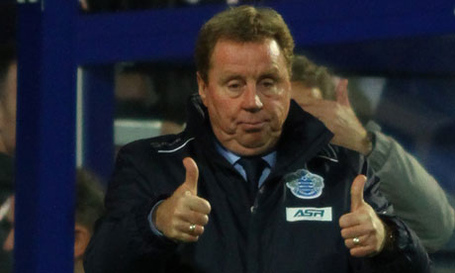 6) Goal Of The Week Sergio Aguero was the scorer, but this goal was scored was made by YaYa's pass and Nasri's awareness. An honorable mention goes out to Taarabt's 5-a-side goal.

7) Draws. And more specifically Everton's draws in 2012/13. Everton have racked up 9 draws in their 17 games so far and are on course for 20 draws if this form continues, which it likely wont.

The record for draws in a 38 game campaign in the last 10 years is from Martin O'Neill's Aston villa who had 17 draws in 2006/7. If Everton have ambitions to qualify for any form of European competition they need to convert draws into wins and to stop conceding goals against at such a high rate.

8) United's defence. United have conceded a very high number of goals this term, 24 infact. That 24 number leaves them on pace to concede 53 over the 38 game season and the question is can Man United win the league whilst conceding goals at such a high rate?

The average goals conceded for a title winner over the last 10 years is 26.9 goals, a number very close to Man United's total right now, and almost half the number United are on course to concede.

The highest number of goals conceded for a title win is 37 and the lowest 15 for Chelsea's win under Mourinho.

Can Man United score their way out of the defensive woes or will the return of this man help? I think United's defensive issues run deeper than just one man. 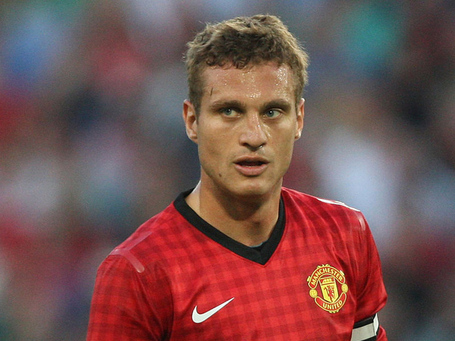 9) Balotelli When a club and a player collide over a disciplinary issue, in Mario's case it's the decision to contest disciplinary fines, there is usually one winner. And that is the club, unless your name is Carlos Tevez and you are deemed too important.

Balotelli's decision to contest a fine of £340k for last seasons poor discipline (timing seems off to me, too) is foolish. If he wins his Premier League tribunal case against City, where will that leave his standing at the club who believe he should be punished? If Balotelli loses his case, then what becomes of his already fragile relationship with his manager, who reportedly agreed with sanctioning this hefty, but contested, fine?

Balotelli missed 21% of Man City's PL games last season due to poor discipline and he may not get a chance to miss many further games. January is coming and there seems to be only one ending to this story and it won't be a happy one for Balotelli. Is an exit on the cards?

There will be no tears shed from me. Balotelli is a player, who despite some neat touches and good build up play, hasn't transformed his Jupiterian potential into actual on-field tangible results this season.

10) Reading vs Arsenal Bad times down at The Emirates these days; the worst start to a PL campaign for a long time, and rumours of coaches disagreeing, players refusing to sign new contracts and the fans starting to come round to the idea that Wenger isn't God.

Are we fair to judge Arsenal so harshly? Maybe. It is still very early in the season, in terms of league form, to write Arsenal off. We know they haven't started well and they are missing RvP's cutting edge and creativity in front of goal, as any team would. Injuries to members of the first team squad have been an important factor too.

Arsenal have the worst injury record in the league and this impacts their ability to select a settled first team. We assume that some of the injured players are better footballers than the replacements that played in their place, and this probably has a small effect on Arsenal's ability to win individual fixtures.

Bottom line, forgetting injuries, and forgetting that Arsenal may be the league's best possession side or only the league's 6th best SoTR side, the only target for Arsenal this season is 4th place. The maths are simple:

Arsenal have 24 points and may need to get 66 points(10 year PL average points required for 4th place).

Arsenal have 22 games remaining to gain 42 points. That works out at 1.9 points per game. Injuries or no injuries, coaching bust-up's or perfect harmony, is that ppg number possible?