A roundup of the talking points from the weekend that was.

Share All sharing options for: 10 Points: Respect, Strikers, Save%+ and QoO (week 16)

1) Strikers. Goals win games. And very good strikers score goals quite often. On Sunday, in the Manchester derby, we saw RvP and Rooney combine to score 3 goals from just 3 shots on target to defeat Man City. We don't need to delve too deeply into the unsustainability of Man United's scoring % rate, for we know it will decline and as such their strikers goal scoring rates should decline also. Man City's strikers failed to score and failed to spark in Balotelli's case, or so the papers will tell you. United's strikers won the derby for them.

Man United's strikers have 8 goals in those 4 games and Man United have picked up 12 points in that time.

Man City's strikers have 2 goals in those 4 games and Man City have picked up 5 points in that time.

Why pick just 4 games? For this is Man City's worst spell of form in the premier league for quite some time. City have problems with shape, tactics and team selection at the moment, but , it can be argued, so do United. Sometimes strikers score a team out of any in-game problems that their team is having. Man City's strikers aren't doing that right now.

2) Goal of the week. A beauty of a feint on the edge of the box from Hatem Ben Arfa and then he foxes the keeper with the surprise and high level of execution of the shot.

3) Fans. This weekend was a glimpse, a snapshot and a slight return to dark days we had put behind us. Racist abuse reported at different stadia, coin throwing, fans running onto the pitch and flares The last few weeks have seen stabbings and a death of an a linesman.

Maybe it's no worse than it usually is, but it feels worse.

Football is just a game, it should be pleasurable and have the ability to excite and disappoint. We attend and watch on TV to see goals, our team win, footballers execute things that we can only dream of. Players have bad games, and so do referee's. It's only a game, life moves on. If the result or an incident in a football game causes you to act in a way in which you may not normally act, sometimes violently, then I suggest you re-evaluate what is important in life.

4) Respect. This is the Dutch linesman who died last week after being allegedly attacked by three young Dutch players. This is an extreme case, and so far beyond the levels of shameful violence that we have become hardened to that it is worth mentioning again.

Here is some further reading on this tragedy, a tragedy which was compounded by the fact his son was playing in the fixture. A young man watched his father beaten to death over a football game. Violence in any walk of life is pointless, violence due to incidents in a football game are a fucking disgrace. It's a game, just a game. 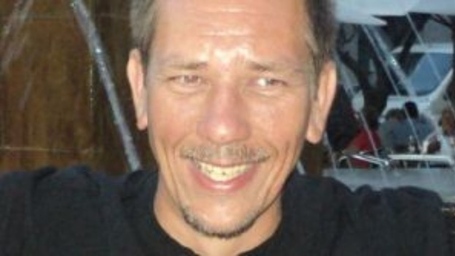 5) QoO or Quality of Opposition. What is QoO? Well, it's an experimental look at the quirks and difficulties each teams fixture list throws up. Now, stay with me, for upon first glance we know that every team plays 2 games against the other 19 teams in the league. But when these fixtures take place actually matters, for teams rise, or fall, in terms of league table position throughout the season.

An Example: Liverpool started very slowly and after 5 games the club were in 18th place and struggling. Now they are in 10th and improving. QoO tries to factor in these team fluctuations and give a difficulty rating to each teams fixture list.

So, I have taken every teams individual fixture list and manually recorded where the opposition were in the table at the start of that round of fixtures. A game against the 1st placed team is the most difficult hence it is given a 20 difficulty rating. A game against the 20th placed side is given a 1 difficulty rating. We then do this for every teams fixture list and we end up with an average quality of opposition rating for each teams schedule.

The promising thing is there seems to be no order. There isn't a correlation between the good teams and an easy fixture list or vice versa. An argument can be made against using league position, and instead using shots ratio or ppg, but I guess the beauty of using the league table is that it is what it is. Teams have gained their position in the table by hook or by crook, and their placing is where they deserve to be due to the amount of points they have gained.

Chelsea with the hardest fixture list, and this is how it has been changing:

Now, Chelsea is a pretty good example of a team who's ppg has been dropping for a number of reasons, and one of those reasons may be that the moving average of their schedule has been getting tougher. Since game 7 the quality of opposition has been climbing and their ppg number has decreased (many factors are involved in this), I guess Chelsea's fixture against 17th placed Sunderland, 4th easiest on the weighted fixture list, was just what was required for Chelsea to gain their first win.

We can see a drop in the quality of Chelsea's fixture list and a slight upswing in points per game due to that Sunderland win.

More to come on this at the 19 game mark.

6) Liverpool's signs of life. After a rocky start to his Liverpool career, Brendan Rodgers has steadied the ship. 3 losses in his first 5 games was less than ideal for the man branded a 'snake oil salesman' by Barry Glendenning. But since then, Liverpool have won 5, drawn 5 and lost just 1 and now sit in the far rosier spot of tenth place in the league.

Some of the underlying numbers like Liverpool; a fine possession team, a strong shot and shots on target team who are being let down by below average scoring and save% numbers. A new striker in the January window may help share the burden that Suarez carries alone. A cursory glance at the table tells us Liverpool are 4 points from 4th place.

7) Norwich, where are ya? 12th place is where they are. A run of 5 wins and 4 draws from their last nine games is an incredible run of form for a team some, including myself, tipped for the 18th place relegation spot. All credit to Chris Hughton, who did a fine job with Newcastle, and is doing a fine job in East Anglia with a thin squad. We can't be sure this form will be lasting, and despite conceding 3 goals away at Swansea, Norwich's defense has been a real bright spot. 7 clean sheets in the league so far is very good going for a team who shipped many a goal last term.

Hat's off to Hughton, one of footballs good guys.

Delia won't be asking this at half time if Norwich's good form continues.....

8) Late Goals Break Hart's. I could be talking about Joe Hart and his slight error in conceding RvP's injury time winner, but no I am talking about Tottenham.

Tottenham would be in 2nd place if games ended at the 80 minute mark, but alas! Games are 90+ minute affairs. Spurs have conceded 10 goals in the PL after the 80th minute and it has cost them a total of 11 points. There are positives to glean here; at least Spurs are in points taking positions to start with before conceding. And conceding late goals may just be a matter of concentration, experience and a touch of fitness--all fixable problems.

9) Save%+ Team save % isn't the best method of evaluating a teams defensive performance. Save % is liable to swing wildly between seasons and regress heavily within in a season, also. So let's try it from a different angle.

Save % is usually at around 70% in the PL. So teams stop 70% of the opposition shots on target from becoming goals. But how about if we look at it the other way around?

Here is the standard save% chart. It doesn't tell us a whole lot. Stoke are excellent, 3 of the top 6 are near the bottom in terms of save%. Now...

What does the number 162 tell us? Well if 100 is the league average in save%+, any above that number is better, anyone below that number is worse. More importantly it tells us that, using raw save % numbers, Stoke's goalkeeper would give up 100 goals on the same number of shots against that it would take the League's average goalie to conceded 162 goals. That is how much better Stoke at are not conceding.

Obviously this is quite a big spread in distribution, but this is an easier way of looking at save % and seeing just how good certain teams are when judged against their peers and that league average conceding % of 31%.

The same methodology that we talked about before with Stoke applies to Southampton, but in reverse as the are below average. If Southampton conceded 100 goals, the league average team will conceded 74.59 if both teams face the same number equally distributed shots on target against.

It's quirky, and very different. If it's shit let me know in the comments section. I literally cam up with Save%+ about 30 minutes ago so it may need some refining.

10) Sunderland, it's that time again! Yes, it's the Black Cat's again. I wont bore you with underlying numbers and how bad they are, I shall simply show you Sunderland's flat-lined ppg form so far:

It's that quality of opposition schedule again. Sunderland's games have been getting marginally easier but their points per game total has been declining slightly. Why do I tell you this, you ask? For Reading are coming to town tonight in that catch up fixture. 18th versus 19th. A basement battle, if you like. A loss for Sunderland will leave them 2 points from safety with the same games played as the rest of the division.

There is a long way to go but a defeat will apply pressure on O'Neill and his Sunderland team.