1) Liverpool. 11 points from 10 games. Not a great start and one which Brendan Rodgers will be urgently trying to improve. Long term plans, if they are to eventually to be realized, need short term results to be acceptable. Has Liverpool's season been acceptable to date?

Under Roy Hodgson in 2010/11 Liverpool endured a disastrous start which culminated in Hodgson being fired. Liverpool, after 10 games in 2010/11, had 12 points. That was a disastrous start then, but this season, under Rodgers in 2012/13 has been seen as within expectations. The difference between the two near identical starts to the respective seasons is expectations. Liverpool in 2010/12 still had hopes of being in the upper echelons of the PL, this year that is not the case.

In fact I would say that Rodgers has done a decent job with Liverpool, despite the meager points totals. Rodgers just hasn't been provided with the horses to accumulate a high number of points in the league. Suarez, who is not a striker, is Liverpool's only senior forward. Sterling, Suso, Wisdom have all featured in the league in place of either absent players, or departed players who were moved to ease the wage bill. Patience will be required when talking of Brendan Rodgers and his long term plan for Liverpool; he could do with a lot more help from FSG in terms of squad investment. A striker, and a proven one at that, would be the manager's bare minimum requirement for January.

The future is bright, though. Especially if the young players continue to progress. 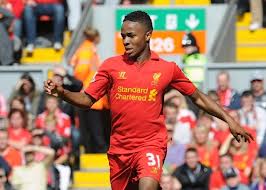 Well, look at that. Man City are by far the best team in the league, it's not even close. Infact, if we remove Everton's excellent number, and Spurs who sit on +19, then we see that Man City are twice as good as every other team in the League in shots on target +/-/ Better than Chelsea, United, Arsenal etc.

8 of the top 10 teams in the chart above occupy places in the top half of the Premier League. Newcastle and West Ham are the 10 ten teams who are in the bottom half of the SoT +/- table.

Reading and Southampton are in the bottom three of the above chart. Sunderland are, by a whichever mile you want to call it, by far the worst team in the league. -3.2 shots on target per game is relegation form.

3) Sunderland Revisited. We know that Sunderland aren't a great team this year. I have talked about it endlessly. The above table shows The Black Cats are the worst team in the league in shots for, shots +/-, SOT ratio, goals for. I could go on, but it gets boring.

Three weeks ago, I put a bet on at odds of 18/1 on Sunderland to get relegated. I placed this bet solely on the basis of Sunderland's underlying numbers being bad for not just this season, but for the tail end of last season. Sunderland just cannot score. They cannot score because their midfield is under strength and players who were brought in to create, namely Johnson, are not doing what was expected of them.

Away trips to Everton and Fulham are next up for Sunderland, who will win neither game. The big question is: Will they register a shot on target in either game? 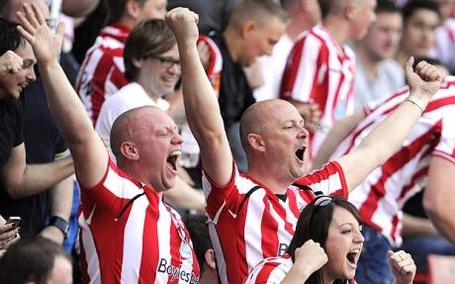 4) Unbeaten/Winless. Man City remain unbeaten afetr their drab 0-0 draw at Upton park. It is now 10 games into the season and Man City are the only unbeaten side in the football league. City were defeated in their 15th PL fixture last year. Can we get to firteen games unbeaten this year?

As for winless sides in the Premier League. stand up QPR and Reading who played out a 1-1 draw. Just for fun if we include Southampton, Sunderland and Stoke, and then add the aforementioned winless QPR and Reading, those five teams have three wins between them in the 48 games those clubs have played in.

The bottom of the Premier League is really struggling this year, a lack of quality dominates that bottom six.

5)The decline and fall of an empire. Arsenal, Arsenal, what are we to do with you. Another defeat in competition this season where Arsenal have failed to spark in attacking sense. This defeat was all the more painful with it coming against Man Utd, the old enemy, and having RvP play his first game against the side he used to captain. Three minutes in, the ball dropped at van Persie's right foot and a first time hit found the bottom right corner of the net.

There is no shame in losing to United at Old Trafford, but it was the manner of the defet for Arsenal which brought scorn from pundits and journalists. Arsenal recorded just 2 shots on target all game, and these came very late when the game was already over.

Debate was in full flow on The Short Fuse Blog (which is excellent btw) after the defeat on the topic of quality and the World Class ability of Arsenals players and recent signings. Some, but not all of all signings are genuine class. Cazorla is a beauty, Podolski is a functional PL player and Arsenal do have some very good things going on with their squad, but the losses of quality personnel is starting to bite.

RvP, Nasri, Fabregas, Song, Clichy, and Adebayor are the more recent of the quality players that have departed and all of them are arguably more talented than their replacements have so far proved. A football dynasty declines when quality players leave and their replacements are of a lesser quality. If this cycle continues for a sustained period of time, a team goes backwards, as Arsenal, arguably, have.

Wenger is a brilliant manager and talent developer who vastly improves his players level of ability if given enough time, but he is swimming against the talent drain that is happening at The Emirates. 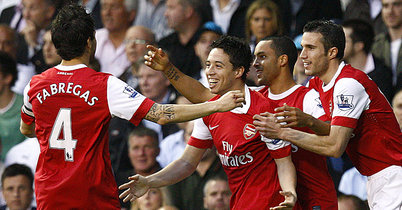 6) Balotelli and Time. Mario, as we all know, was Time's cover feature in it's November issue. the interview touches on what it's like to be Mario and extensively features his opinions on racism in football. Mario's feature is a staggering achievement for the 22 yo Italian player, yet his image and words are sought after for reasons bigger than just his football talent. It will probably always be this way with Mario.

His form on the pitch is of greater concern at the moment. Balotelli has played 48.11% of Man City's PL minutes this term, he has registered 26 shots, just 3 on target and has scored 0 goals. Mario has 1 goal in the CL and 1 goal in the Capital One cup. Hardly a stellar start to what may be a crucial season. The talent is undoubted but we are not seeing the application of that talent on the score sheet, and ultimately, it is that score sheet upon which strikers are judged. 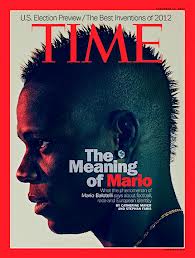 These are the numbers through the 98 games that have been in the Premier League so far this season. Having the lions share of possession has the weakest correlation to winning the football game. The scoring of the first goal of the game is has the best correlation, although that % is still down on last seasons numbers. Maybe, shocks come early and often at the start of the season?

A prediction! West Brom win this game. They have too much.

9) Performance of the week. No doubt, really. Wigan's away win at White Hart Lane was the weekends outstanding result. Yes, Wigan were out possessed and out shot, but they got that opening goal and held on against a Spurs side who have some fine attacking weapons, although Spurs desperately miss the physicality and energy of Dembele in midfield.

Take nothing away from a Wigan side who are well coached, possess two good forwards and play some very good possession based football. It's a shame that this will (probably) be Martinez's last year in charge. Bigger and better things await this talented manager. 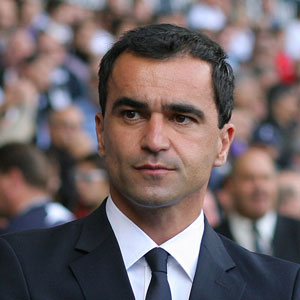