Preview time. I love mid-week Premier League fixtures, the hour of the kick off makes it a better spectacle I think. The work day seemingly finishes quicker, pints of your preferred ale are sunk with great speed. The masses trudge through the omnipresent rain through housing estates toward a giant metallic eye sore somewhere off in the middle distance. The game starts, you are inevitably late for the 7:45pm kick-off, you shiver your way to half time thinking of that refreshment and the warmth of the concrete concourse. Ten minutes in the queue for your drink leaving only 2 minutes to down it, grumbles are heard, players are lamented and every drinker is can do a better job than 'that man' planted in the dugout. Drinks downed, fags smoked in the toilets and off we trudge through the floor like graveyard of spent plastic cups. Up them cold steps, where we will bellow and bawl, hoot and howl at every type of person on that pitch. You get to your seat and there it is. It's waiting for you. The post half time chill. Everyone knows what it means. Man City v Charlton, New Years Day 2000. Danny might remember that day. I digress, a preview.

Share All sharing options for: Wigan vs Man City Preview 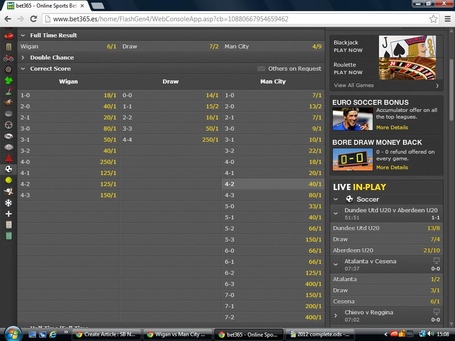 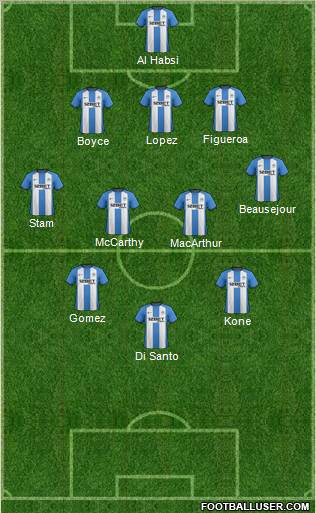 This is Wigan's projected line-up. Emphasis on the word projected. It will probably feature the 3 at the back system which enabled Wigan to survive the drop last term.

Jordi Gomez. Fresh off a natural hat-trick at the weekend, the Catalan will try to continue his good form against a far higher quality of opposition 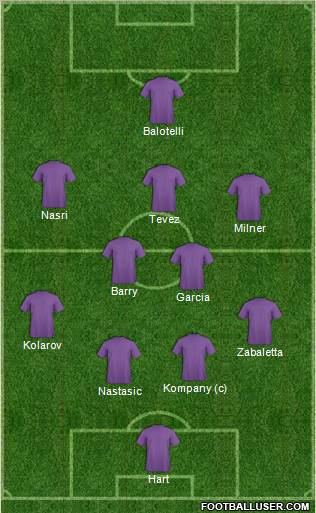 Again, pure folly to try and predict a starting line-up. Who knows.

Will Toure be rested, Silva too? I think it's a distinct possibility with 3 games in 8 days.

Mancini. Will the manager shuffle his squad tonight and give a much needed rest to key players? It is an away game so that would lead us to think that a full team may feature, but with Everton at home, a harder game,

City may well play a side changed from last weekends fixture, but it should still be a side capable of beating Wigan away. No disrespect is meant towards Wigan, just a realisation that Wigan, despite being an excellent passing and possession team, don't really possess the horses to overly trouble Man City. Man City's attacking options should be far superior to Wigan's defensive optons and this is where the game will probably be won for Man City.