A look at some of the talking points from week 13 in the Premier League.

1) Comeback Kings. Who else? Man United with another excellent comeback win, although this one may have been expected. But let's dig a little deeper into this strange Man Utd trend.

Man United have conceded the first goal of the game in the Pl on 9 occasions. This number is joint worst in the league along with Newcastle and QPR. Man United have gone on to win 6 of these games, and are rapidly closing in on Newcastle's all time record of 10 wins in games where the first goal has been conceded.

Now, many of us may say ' but Man Utd are a good team, and good teams win games from losing positions'. This would be correct, in part.

Last year United conceded the 1st goal on 8 occasions in the League all season, Man United managed to win 0 of those games, they drew 3 and lost 5. Man United have conceded more first goals in 13 games this year than they did in 38 games last year. This tells us a few things; Man United are weaker defensively than they were last year, and they have more firepower to score themselves into a winning position than they did last year.

I'm not sure this run of comeback wins can continue, this article from August on the importance of the first goal of the game gives the team which conceded that first goal, on average, a 12.65% chance of winning the football game.

Man United's chance of winning a game after conceding that first goal of the game currently stands at 66.6%. Unsustainable?

2) West Brom Rising Wow. West Brom are really ticking along. That's 26 points from just 13 games now, and many a pundit will be eating a slice of humble pie come seasons end when West Brom will have avoided relegation with ease. West Brom are a nice organised passing side, with a touch of quality in Long, Odemwingie and Mulumbu and Steve Clarke's appointment--always risky employing #2's-- has been a masterstroke. Staying in the top 4 probably won't be achievable long term, but the club should enjoy the run and aim for a Newcastle-style run at the top 6. West Brom is the happy story of the season so far.

As happy as a Scotsman gets, even when sitting in 3rd place. 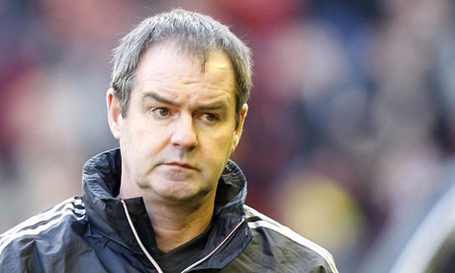 3) Clean Sheets I listened to the Guardian's football weekly last week, I quite enjoyed it, even if I did disagree with some of the opinions, but that's all good and healthy. One item stood out and that was Barry Glendenning stating that English clubs struggle in the CL because they are no longer adept at defending. 'The teams are scoring too many goals, too many 5-3's and 3-2's', I think he said.

Was his assertion true, or just journalistic hyperbole?

So Barry may be onto something here, though I suspect his observation was an educated hunch. The PL is on course to 27 clean sheets fewer this year compared to last year. The fans have got more entertainment so far, but teams have lost the art of keeping a clean sheet.

The above chart doesn't jive with teams having lost the art of defending. We are on course for 32 boring 0-0's in the league this year. So what is happening?

I think that we have seen a relatively high number of 0-0's early in the season and this 8.5% chance number will cool off, just as the low projected clean sheets number may regress back to where it was last season. Or, this can be just the way football is: random luck, season to season fluctuations, and no great evidence of any particular trend.

if you are a betting man and had put £1 on every game to be 0-0, you may have thought you might have made some money, but with the average price being 9/1, your winnings would only be £99 compared to your £127 stake. If you are in a position to lay bets, take all the money you can on 0-0's for every game, you will make a tidy % profit at the end of the year. 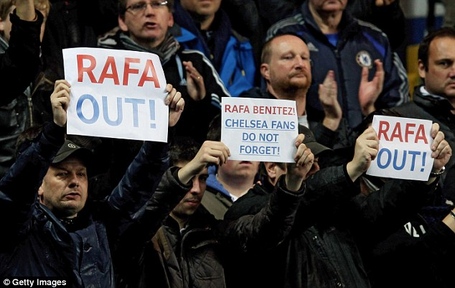 Premature? yes. Understandable? Ugh, I don't know. There exists a lot of bad blood between Benitez and Liverpool; he broke their hearts in the CL and made a few comments about Chelsea fans too. I do think Chelsea's fans rage, whilst understandable, is misdirected. This rage could be, and may have been better directed and the owner, despite how he has transformed the club.

Benitez is a shrewd tactician who knows his stuff. he has a strong cv with two CL finals and and two la Liga winners medals, and all this with sides who were outmatched in their path to the respective achievements. If there was a manager out there with a better cv, who was willing to be a caretaker coach, please let me know. We can't cover old ground with why di Matteo was fired, that boat has sailed.

6) Sunderland sinking? Sunderland time again! I feel like I am picking on Sunderland such is the frequency in which they feature on these pixelated pages, but i must speak out if I see something interesting, and boy are Sunderland interesting. Not for any reasons they would wish, though. The Black Cats, who sit on 12 points from 12 games, are a decent shout for relegation, but may be saved by teams less organized than themselves.

So, 12 games in and these are Sunderland's underlying numbers. Whoever says they are not a relegation candidate, at the least, is misinformed. these are a horrible set of numbers. There are 3 reasons i can see for why Sunderland aren't in the relegation zone:

1) Shots on target against is pretty decent, league average in fact. This will be an important number going forward, if Sunderland can restrict opposition shots on goal in the same way Stoke do, it may save their PL status.

2) pdo. They have the 2nd best pdo score after West Brom. pdo is save% and scoring% added together, and it is an important stat when talking of a teams skill and luck in terms of converting shots on target and preventing the oppositions conversion of their shots on target.

3) The early red card at Fulham. That red card enabled Sunderland to win at Craven Cottage despite, yet again, being outshot. Why was that red card and solitary win important? If the red card doesn't happen Fulham probably win...probably. If Sunderland had failed to win that would have been a sequence of 1 PL win in 20 games as we stand after twelve games of this season. 1 in 20. That stat would have brought pressure.

I fear a little for Sunderland. Sorry Jim.

7) Player of the week: Jordi Gomez. The Wigan forward scored a hat trick in a stirring comeback win against Reading. With Franco Di Santo starting on the bench and Aroune Kone again being kept off the score sheet, the responsibility to score needed to be shared amongst the Wigan players.

Jordi Gomez stepped up to score a great natural hat-trick. The Catalan had 9 shot attempts, 5 on target, 4 key passes (whatever they are) and was generally the most dynamic player seen in action this weekend.

Gomez (below with Leo Messi) made his pro debut on the same day as Leo Messi in 2003 in a Friendly v Porto.

Gomez is only the second Spanish player in PL history to score a Hat Trick. Name the other Spaniard?

8) Torres. It's time we talked about Fernando.

This is what he once was. He was slim, quick, agile and strong and boy could he finish. All that seems to have gone now, it's just not there. I believe that the weight (or muscle) issue is the biggest anchor he is pulling along, and because of that his confidence is shot. His body can't deliver what his mind commands it to, that's assuming that his mind is still in the right place. Only Torres and those who know him best know this.

On the weekend Ricky Hatton said these painfully self critical words after tasting defeat in his comeback ''I don't have it anymore'' I wonder if Torres, in his darkest moments of self doubt thinks these same words, for what made Torres a world class player, namely electric pace, agility and movement seems to have gone. Those attributes seem to have deserted him.

Torres doesn't have it anymore. Sad, really sad, but it happens.

9) Andy Carroll scores! The great race between Carroll and Cisse that I was so interested in at the start of the year is really, er, hotting up!

Cisse has 1 goal on 5 shots on target in 10 games played.

Carroll has 1 goal on 5 shots on target in in 8 games played.

Both players' shots on target numbers are hideous for a striker in the Premier League.

Promoted teams have been swapped for relegated teams. It's not ideal but you get the picture.

Winners in red, losers in blue.

Man United and Chelsea have exactly the same ppg as last year after 13 games. City are -0.43 ppg.

Newcastle are the biggest losers and West Brom, unsurprisingly, are the winners.