Welcome to a review of the talking points from week 12, matchday 12, mid-November or whatever you may want to call it.

1) Perspective. Sending's off ruin games. Early sending's off even more so. Tottenham were very dangerous and likely to score their second goal against Arsenal before Adebayor's terrible challenge. Tottenham capitulated henceforth, albeit against a very good passing team. Remember Man City's early red?

Chelsea were beaten away at West Brom, who have have won 6 out of 7 at home, the league's best home points haul, and Chelsea's defeat didn't really shock any of the serious punters I know. remember man City's win at The hawthorns?

City won at the league's in form home team whilst down to ten men for 3/4 of the game, and then a goal down. It was a incredible result for City at the time, it looks even better now with yesterday's results. That away win was Man City's best performance up to now, and it will take some result to better that Hawthorn's win as the best performance of the season seeing how all the odds were stacked against City.

2) City Cruise ominously into 1st place. And have done so whilst never being in top gear. That is what the media tell us, City haven't been at their best so far this campaign. It may have a slight taste of truth to it, but I think too many journo's are letting Man City's strange CL form colour their overall opinion of Man City''s season, and especially their opinions on City's league form.

League form has been good. City have the best shots +/-, the best shots on target +/-. the best sotr, the 2nd best possession, the best defensive record, the 2nd best scoring record.. You get the picture, I was becoming a bore. Man City have been very good this season. Two things hadn't happened before the last 2 games, a) the shots on target started going in, positively regressing their scoring % to where it should have been, and b) David Silva. he is that important. One player can make a difference. 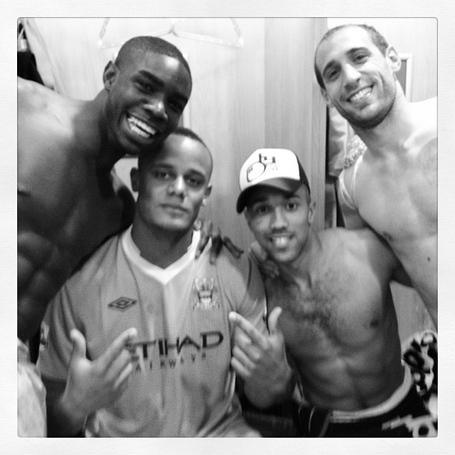 3) Man games lost to injury. Had an interesting tweet in response to this Man games Lost To Injury article that was featured around sbnation.com. The tweet was from Liverpool's first team physio who stated that it was no surprise to see the names of the most injured teams in the PL; and that 6 out of the top 8 most injured team play in European competition.

The crux of his argument, which should not be disbelieved, was that injuries per 1000 hours of competitive games are the biggest cause of injury for players. Not training, not after shave bottles, or even sex if you are names are Santi Canizares or Kevin Price-Boateng, just over work in competitive fixtures.

With this in mind it is no surprise to see the following graph.

This is a graph which shows us the average clubs injured and there for unavailable players for each week. 20 teams suffered an average of 1.7 unavailable players in week one. by week twelve that number has doubled to 3.71. That 3.71 number could be a spike, or could it be evidence of what the professional insinuated: the more hours of game time, the more injuries.

4) Newcastle's Worrying Form. Newcastle, last season's darlings, last year's surprise package, currently sit at 12th in the PL table with 14 points from 12 games. This is no surprise to me, but a surprise to a few pundits and many a fan who had them pegged to challenge for the top 6 once again. Top six may still happen, but it's unlikely.

Last terms success was forged upon stout defending and restriction of opposition shots, whilst firstly, Demba Ba, then Papis Cisse from January onwards, were converting their chances at such a high rate it would have made Van Nistelrooy blush with envy. Newcastle's striker's were converting at an unsustainable rate, especially Cisse, this year that rate has cooled, points have been dropped and win % is way down. Injuries have been a big factor too, we can't ignore that.

3wins, 5 draws and 4 losses from 12 games is not pretty though. Boos rang out at 0-2 against Swansea, and never has that 7 year managerial contract looked more silly as it did at that point. Plenty time for things to change.

Newcastle were recording 2.08 ppg from last years opening 12 fixtures in comparison to 1.16 from this years fixtures. We can use a direct fixture comparison, which has it's issues due to changes in opposition strength and more importantly changes to the point in the season that fixture was played (opposition had recorded an average 1.37 ppg in 2011 compared to 1.50 in 2012 ).

In that direct fixture comparison Newcastle had recorded 23 points in 2011/12, Newcastle have 14 points this season. 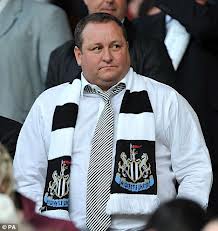 5) I see the Guardian now has it's own ten points section! This

6) West Brom's fortress. West Brom, some people's tip as the third relegation candidate, have come flying out of the traps and sit in 4th place. This good form is due to their strong play at The Hawthorns. six wins from seven, with only Man City coming away with any points, is a fine return. Everton, Liverpool and Chelsea have been defeated at West Brom's ground this season, all fine teams. The current bottom 3 have been dispatched, also. Top 4 form will not be sustainable for a team of West Brom's finances and playing talent, but let's enjoy it while it lasts, and beware of an away fixture at The Hawthorns.

7) The top 3's points per game form. How have the top 3 started this season? Pretty well, to be honest.

United took a little while to get into stride after their opening day defeat and have steadily improved. Until yesterday.

Man City, who were averaging close to 2 ppg for an early spell, have started to hit stride and this shows in their steady ppg improvement.

Chelsea are the real story though. On fire until week 8, dropping steadily since then. But why? Naturally, losing football games causes this. But what about the link to their once high pdo which is now naturally regressing toward the mean?

As we can see there is a link between Chelsea's unsustainably high pdo regressing, as expected, to the mean and Chelsea's ppg number decreasing. Chelsea were enjoying a very high scoring % and save % (pdo) and at some point those very high numbers had to come back towards earth. When a team converts less of it's shots in to goals and concedes more than it previously had, it is expected that the team can't continue collecting as high a number of points as it had previously. The increased quality of opposition is a big factor, too.

8) Time is up, Mark. Shirley. Surely Hughes must face the sack after home defeat to Southampton. That QPR job seems perfect for Harry Redknapp. Extravagant rich owner, bloated squad and a team in need of a pick up. Harry will walk in, all twitches and hands, put an arm round a player or two and speak in a language nary any will understand. And he will get results. Name yer price Harry.

Difficult to know where it all went wrong for Hughes. For a start they can't score, which is a surprise, and secondly that QPR are leaking shots on target against at a fine rate. Sound familiar to Man City under Hughes' last days?Luckily for QPR they have a top, top drawer 'keeper. 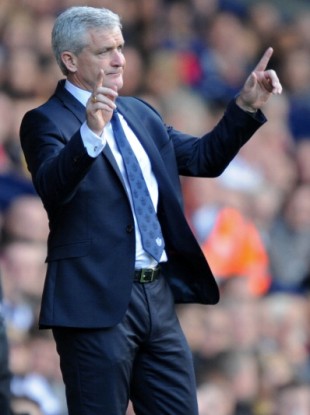 9) West Ham v Stoke Monday nights football might not have been one for the purists: two low scoring teams, and both of them criticized for the directness of the play. Brian Clough once said 'if God wanted football to be played in the air he would have put grass in the sky'.

This was a fun game though, featuring two teams whose managers are far more intelligent and crafty that the average fan gives them credit for. Allardyce has long been a proponent of analytics, sports science and game video. I would imagine that Pulis, with Stoke on lesser resources than most, has been similarly using any small advantage he can get his hands on.

Both teams play a direct style, it may not be pretty, but both teams are attempting to get the football in to the danger zones as quickly as they are able to. For two teams on limited budgets, with limited skill players, the best way to get that ball in the danger zone is from direct balls and deep crosses.

No need to criticize it; there are a hundred different ways to win a football game.

10) Goal of The Week. great one touch build up.