Welcome to Ten Points from around the PL in week 8.

Share All sharing options for: 10 Points: Mata, Spurs, Dzeko and team save %(week 8)

1.Arsenal and an RvP sized hole. Do Arsenal miss RvP? Harry Redknapp is no football genius, but he is an old pro who understands the workings of teams and squad balance. Redknapp, featuring as a pundit on Match of the day, said Arsenal are not, as some Arsenal fans have argued, more balanced without the balanced Dutchman. For me, I have always stated that RvP's replacements are of an inferior standard, and would not, even combined, come anywhere near the goal totals that RvP registered last year.

Last term Arsenal conceded the first goal on 14 occasions. Arsenal won 6, drew 2 and lost 6. In those six come from behind wins, which was a PL record total, RvP scored on 9, yes nine occasions. That is a staggeringly good return and a return which Arsenal will surely miss. Don't believe me that RvP has a certain skill in pulling his club back into games in which his team is losing?

Man United have conceded the first goal on six occasions this term, United have gone on to win 4 of those fixtures, RvP has scored six goals in those come from behind victories. His goal scoring record for his clubs when the game is in the line and his team are losing is incredible, and that goal scoring record is becoming less and less of a coincidence and more of a rare, unique skill.

What is the cost of non-qualification for the CL, Arsenal?

2.Dzeko the super sub? Hard to argue against that label at present. Dzeko has been sensational when appearing off of the bench for Man City this season, scoring 5 goals in just 122 sub minutes. That is in comparison to just 2 goals in 2 starts.

It wasn't always this way for Dzeko. below is his 2011/12 PL goal scoring numbers.

At the moment Edin is being used to recover games from losing positions. His physicality and finishing skills from inside the 18 yard box are causing havoc against defenses already tired out from dealing with Tevez or Aguero for 70 minutes, and Dzeko is reaping the reward and acclaim.

A prediction: Dzeko to start in Amsterdam and to be held off of the score sheet.

3.How Man City wrecked West Brom's home record. Man City rolled into the Hawthorns on Saturday hoping to achieve something that no team has done in 2012/13; win at the Hawthorns. West Brom had been dominant in their previous four home games winning all four games to an aggregate of 9-2, winning the shots on target battle 20-7 and really restricting the oppositions shots on target.

Man City despite being (fairly) reduced to ten men proceeded to dismantle all of West Brom's impressive home form stats. City recorded more shots on target with ten men (8) than the previous four opponents had managed combined. City out-possessed West Brom, recorded 24 shots, and despite riding their luck at 2-1 up thoroughly outplayed a West Brom team who had not suffered that during their excellent four game winning streak.

4. Player of the week. Juan Manuel Mata. he was sensational at White Hart lane on Saturday. He was a constant threat with his passing and movement and added an assist to go with his two excellent goals. Mata seems to be blossoming in this attacking Chelsea line-up.

Full highlights of the pulsating game.

5.Bale and Dembele's absence. Were absolutely crucial to Spurs' strong showing during their four game win streak which was ended by a strong and organized Chelsea team on Saturday.

Bale and Dembele, Spurs' two best players in my opinion, absence was cruelly felt by a Tottenham side who struggled more in defense than attack. But don't underestimate the effect that Dembele's ability to boss with midfield with his athleticism and pace in breaking the lines, and how Bale's scary pace and directness would have affected Chelsea's tactical game plan.

Bale and Dembele's inclusion in the team would have demanded a more cautious approach from Chelsea, and their inclusion may have helped Spurs to get in behind that Chelsea defence. That was something that didn't happen often enough to prevent Chelsea from becoming daring as they chased a way to get back into the game in the second half. 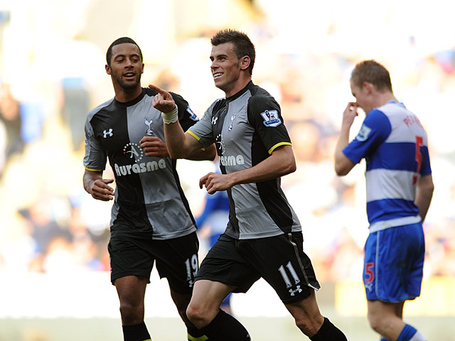 6.Southampton's lack of quality. Southampton, that rare club that achieved back-to-back promotions in order to reach the PL in 2012/13, are a breath of a fresh for me. They are a rarity for a promoted side; one who play with an open style, and one who endeavors to play an attacking, possession based game.

Heartbreaking late losses away to Man City and at home to Man Utd in their 2nd and 3rd games in the PL since 2004, won the South coast club many neutral fans, but I believe this neutral fan love affair may be a short lived one.

For Southampton one of the main problems is the rapidity in which they progressed through the divisions to reach the PL. This rapidity has the obvious drawback of leaving their squad way short of quality, especially in defensive areas. Southampton's possession game and attacking threat with Lambert and Ramirez looks fine and capable of scoring in most games. But in defense, Southampton are brutal, 24 goals conceded in 8 games, three different goalkeepers have featured this term in an attempt to find a 'keeper capable of stemming the flow of goals.

Goalkeepers aren't the problem. That open style so admirable in isolation, has Southampton playing too open a tactical style for their lower quality of defenders to cope with when the opposition attacks. Even if Southampton score the first goal of the game, experienced teams only have to be patient and keep attacking that back line, for the goal will come. It will be the rare occasion when Southampton can concede less than they score with such weaknesses in their back line. 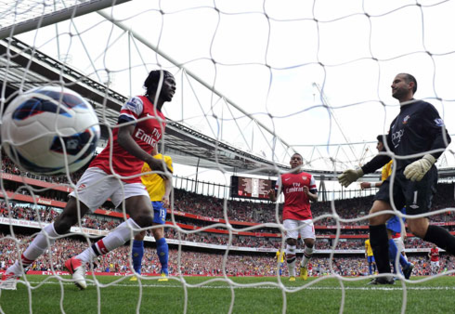 7.Man Utd's defense. Admittedly, Man Utd's defense has been ravaged by injury not only this season, but for what seems like the last year or so now. Smalling, Vidic, Evans and Jones missed substantial time last term and united coped. I showed on these pages last year that Man Utd had been a touch lucky in conceding so few goals and that luck couldn't last forever.

This term, the injuries have continued, the luck has run out and instability not only at the goalkeeper position but also in the consistency of defensive selection has begun to hurt United.

United have conceded 4 goals on 19 shots away from home, a fine record despite the high number of SoT against. But at home United have conceded 7 goals on 14 shots for a low save % of 50%. This save % hasn't yet harmed Man Utd at home but it may well do before the time comes when the save % regresses toward the mean.

Away from the numbers, the quality of chances United given up at home this term will be a cause worry. Ferdinand has looked his age at times. Evans hasn't yet repeated last terms form and the goalkeeping position is an issue once again. Plenty to work on for the Reds.

Save % is shots on target against/goals. Chelsea are superb by this measure, as they are by scoring % too. The blues have had a fairly easy schedule at home, playing against a less than stellar opposition, but this is still a very strong number.

Arsenal are strong through 8 games this term, this is in complete contrast to last years 2nd worst save%. Man City, Man Utd, Everton and Spurs all sit below the mean line as of today. This save % chart will look completely different at the half way point in the season when I shall revisit this.

All numbers in the right hand column are the percentage of total minutes that each club has spent in a winning position.

There are a couple of teams who don't quite fit the general pattern of the more time a team has spent winning the more points they should have. Swansea and Arsenal are in the top half of the table, but both clubs are are in the bottom seven of this alternate PL table.

Are minutes spent winning important? Well, in a way, yes. There are only so many late comeback wins that a team can expect to have over the course of a season, Man City and Man Utd are two teams who have enjoyed these of late.

Chelsea have a brilliant % as do West Ham for the 7th place PL position. The hammers have tended to gain the lead early on, especially at home, and hold on to it for their 3 home wins.

10.West Ham and the the relative excellence of Sam Allardyce. You know what brand of football you get with the West Ham manager; direct, robust and fully committed. You also should know what big Sam achieves for the club he is in charge of: Premier League safety.

This is something that Blackburn and the Venky ownership should have been aware of. Big Sam Allardyce, never relegated from the PL, was fired by Blackburn who then went on to be relegated in his replacement's first full season in charge. Would Blackburn have been relegated under Allardyce? We may never know, but an educated guess would lead us to say no.

Allardyce is off to a very strong start in 2012/13 with West Ham who are 6th in the PL with 14 points from 8 games. This is no surprise given his PL pedigree with teams who back him and give him enough time to do his job. Allardyce has an unfair reputation as a simple, old fashioned manager but the truth is a lot different. Allardyce was one of the first publicly known coaches who employed the use of analytics for player recruitment, extensive video analysis for player performance and opposition scouting and large teams of sports scientists to aid his player performance.

Will his brand of direct football be enough to satisfy West Ham fans' expectations in seasons to come? It should be, he always guarantees the most essential requirement for most PL clubs, that of safety. And big Sam achieves that PL safety with a lot more intelligence and forward thinking than he is given credit for.