David Silva Limps Out Of Spain's 1-1 Draw With France

Share All sharing options for: David Silva Limps Out Of Spain's 1-1 Draw With France

Silva limped off the field in discomfort and will be a major doubt for the West Brom away game, but it appears that some of the City fans worst fears are misplaced. It was feared that Silva has suffered a recurrence or aggravation to his oft injured and troublesome left ankle, an injury that David has had to manage since the initial injury was suffered during a loan spell at Celta Vigo.

It now appears to be a right leg problem, a muscular injury as reported by the Spanish press and possibly a right hamstring strain at best. If the injury is confirmed as a hamstring problem this is obviously not as bad as a injury to his troublesome ankle, but still we might expect a recovery period of up to 4 weeks weeks.

This would be a cruel blow to a player who was beginning to return to his best form for Spain and Man City. The more sunny and positive of us may say that a few weeks rest and recovery may be just what the player needs following a punishing, almost non-stop last 12 months for club and country. 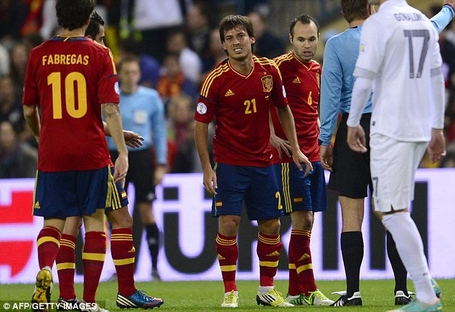