A look at City's shots versus Sunderland

Share All sharing options for: A look at City's shots versus Sunderland

I wrote yesterday that it wasn't an inability to create opportunities or positions that cost City yesterday, but that the clinical and incisive play they have shown this season was lacking.

Their conversion rate in terms of chances and shots to goals is the best in the Premier League this season but getting only five shots on target from a total of 27 attempts saw them draw a blank for the second game in succession.

The Guardian Chalkboards illustrate quite clearly just how many missed opportunities there were yesterday - and from some very good positions: 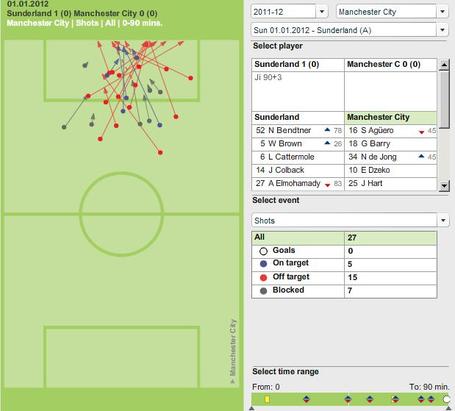 Whilst this graphic shows how City increased the pressure in the second half, yet still failed to find a way through: 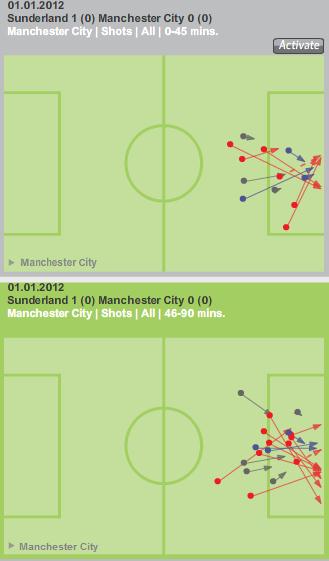 And Edin Dzeko will want to look away now as his breakdown (along with his general stats) does not make for pretty reading: 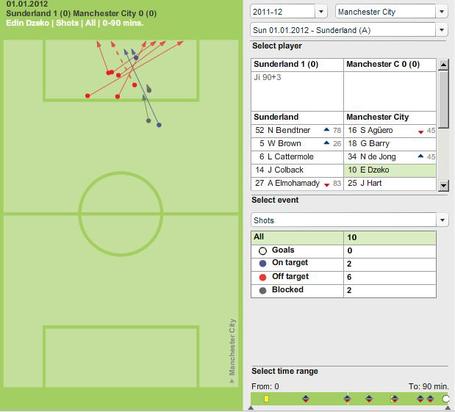 At the moment, a little of the early season momentum away from home has been lost. The home form has been exceptional but City will not want to drop too many more points away from home to avoid the risk of having to play catch up at some point over the second half of the season.