The (City) Revolution is Now

Share All sharing options for: The (City) Revolution is Now 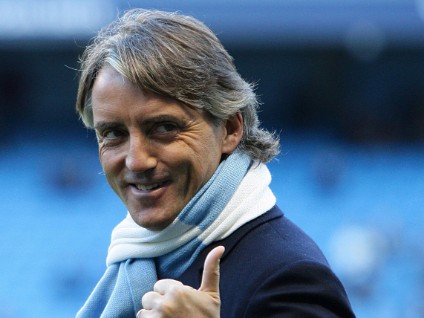 City play their first pre-season game tonight in an international tournament in the US. The season stretches ahead for 10 long, intriguing months. It's possible of course that come next May we'll have nothing to show but disappointment and frustration. It wouldn't be the first time for us long-suffering City fans!

Certainly last season there were long spells where those emotions were to the fore (think November to February). With a combination of sometimes unwatchable football, off-field sniping, wantaway gossip, tales of unrest in the front office, training ground bust-ups and, well, Mario Balotelli, many City fans could have been forgiven for wondering if our own particular Arab Spring was ever going to reach a happy conclusion.

For many months the biggest problems appeared to be a dogmatic approach to formation by the Manager and a sense that the players' hearts were really just not in the fight, or at least that they weren't entirely buying into the on-field strategy. And there were plenty of doubts about the ability of the players themselves. Was Yaya Toure really a playmaker? Who could take the goalscoring burden off Tevez? Would any other Premier League team have Barry in their first XI? Did we really need a two-man defensive midfield screen against teams like Wigan? Was Adam Johnson capable of learning his defensive duties? How could Kolarov/Dzeko/Boeteng/SWP/Barry/Balotelli possibly be that rubbish?

By no means have all or even most of these questions been definitively answered. And of course we still don't know for sure whether our captain will line up against Swansea in a few weeks, or whether any number of putative transfer 'targets' will be wearing the Sky Blue by then.

Things are different. The revolution is now. The main change appears to be a quiet, determined confidence emanating from the club hierarchy, the manager and the players. This manifests itself in many ways - and it's really more about the sum of the parts rather than anything in particular. But in no apparent order here are some positive indicators:

Overall the words that define City for me now are confidence, sobriety, maturity, intent, determination, street-smart, and professional. A word that sums all of that up might be: winners.
It's going to be a long, intriguing season and nothing (in football) is guaranteed. But cast your mind back to 12 months ago and it's almost inconceivable how much progress has been made. Bring it on!!