With every side having now played each other in Group A, I looked at some of the numbers as part of my preview of the Villarreal game over at ChampionsLeague.ca. The full breakdown is as follows: 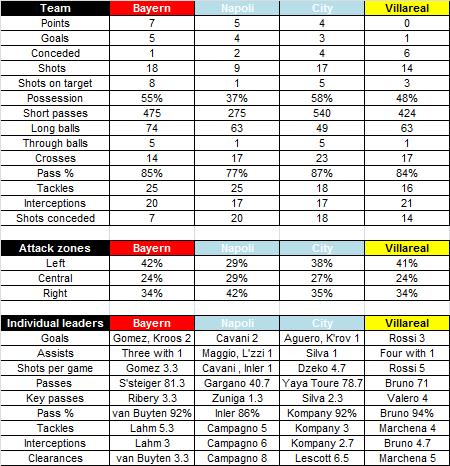 What is particularly noteworthy is that despite being in second place in the Group, the attacking numbers posted by Napoli are the lowest of the four sides. Encouraging for City is the fact that they are managing to create - albeit it not as prolifically as in the Premier League - but what has cost them is a lack of concentration in the defensive aspects of the game, something that they have to rectify if they are to progress to the knock-out stages.