Come and get a free phone

Share All sharing options for: Come and get a free phone 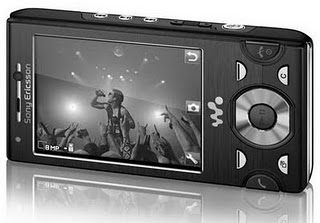 The kind folks over at Sony Ericcson, official sponsors of the 2010 FIFA World Cup in South Africa are offering readers of Bitter and Blue the chance to win a FIFA branded SE W995 handset worth £500.

It doesn't end there though. No sir. Within one of the boxes given away by Sony Ericsson will be a golden ticket. The finder of the golden ticket will have the chance (amongst other nifty Sony and FIFA World Cup related prizes) to win an all expenses paid trip to South Africa including tickets to all of their countries games.

To enter, simply send the answer to the ridiculously difficult question 'Who won the 2006 World Cup?' to me at bitterandblue@hotmail.co.uk, stating 'Competition' in the email title.

The winner will be picked at random from all the entries received following the closing date.

Closing date is August 23rd 2009 and the winner will contacted (and published on the blog) shortly after.