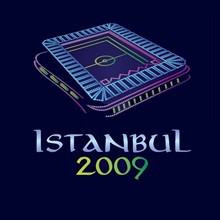 There are clearly some good sides who have made it through to the final 32, and talk of a long run in this seasons competition may have to be checked for the time being given our current form, but actually topping the group should not be underestimated.

Facing off against a third-placed side is a huge advantage looking at the other groups, and hopefully come February we should reap the benefit of this. It should be noted that we cannot draw Aston Villa and I'm also sure that we cannot draw PSG either which means wewill face an either Olympiakos, Sampdoria, NEC Nijmegen, Braga, FC Copenhagen or Lech Poznan.

Interestingly, the draw for the last sixteen will also be made later today and will not be seeded.