The Rooney conundrum - rest or play?

Share All sharing options for: The Rooney conundrum - rest or play?

Now that it appears likely that Rooney has recovered physically from his metatarsal injury suffered for United against Chelsea, the topic of debate has now shifted from should he play to when should he play? 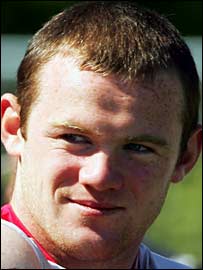 This has led to stories today suggesting that he is set to play some part in the second game against Trinidad & Tobago, dividing opinion in the process.

On one side is the argument that further rest would be beneficial and as long as he continues to train he can build up his levels of fitness, whilst contrary to that is the feeling that playing straight away would get him 'match sharp' in preparation for the knock-out stages - something that Michael Owen appears to be currently doing.

Having virtually qualified already, and providing his break has fully healed, I would start with him against Trinidad & Tobago. Although England should cruise through this game (thus qualifying) it would make more sense to play him at this stage then be able to fully monitor his recovery and progress ahead of the Sweden game (and beyond).

It goes against what I initially believed, but it appears he has made a full recovery and is now fit, and if he was left until the group stages then this would be now leaving it too late for me, and also disrupt the pattern of the team who would have played all three games with a partnership of Crouch and Owen.