Share All sharing options for: End of Season Review.

From time to time over the season I've been asked to do a City game preview or match review for The Observer. For the last weekend of the season, I was asked to put together a season in review piece for them.

From the other club contributors, City did not feature at all in the top five players of the season category or in the best/worst fan section. Myself and the other City contributors also did not vote any players to the Team of the year (picked by average ratings given) but elected two players - Ben Thatcher and Albert Riera to the Worst XI of the season. Thatcher I'll happily take credit for but Riera? The couple of match reviews I did averaged him at 6.5, but he made the line-up with an overall rating of 3.5! What were you thinking? 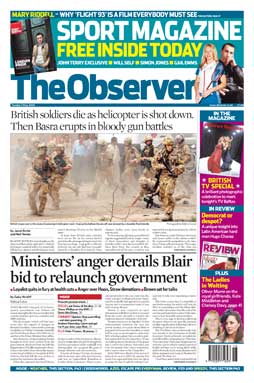 Here is the review as it appeared last Sunday:

How was your season?

It threatened to be promising at one stage – on the fringes of UEFA Cup qualification and the prospect of a deep run in the FA Cup. However, our inconsistent away form and small squad caught up with us which brought a run of defeats and meant the season has ended very much on a negative note.

How do you feel about the gaffer?

Clearly Pearce still has a lot to learn and looking back, the talk of him as a possible England candidate was way off the mark. At times his tactics and substitutions have been debatable but I am confident he is the right man to take us forward over the next few years. An important next season coming up for him though.

Who were your stars and who flopped?

David James, Richard Dunne and Sylvain Distin have been the only truly consistent performers throughout the campaign. Special mention for Micah Richards though who came into a struggling side and looked totally at ease – definitely a big star in the making.Lost of culprits but Danny Mills and Ben Thatcher were poor at best and both have no real future at the club.

Who were the best, and worst, away fans?

Sunderland were doomed when we played them but they packed their end and kept the noise going throughout, unlike United – they were quiet throughout and made you wonder why they bothered coming.

Top hate figure at another club?

After Roy Keane departed, that mantle has been well and truly taken over by Gary Neville.

Please name your top five opposition players. The Premiership's best five players, not including players from your own club.