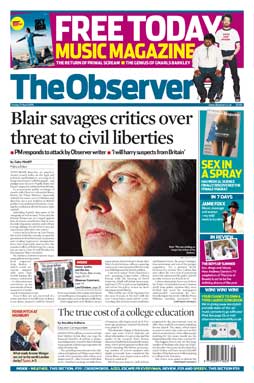 My preview of the Villa game which appeared in The Observer this past Sunday:

When we knocked Villa out of the FA Cup this season it was difficult to imagine we would be jostling them for a league position when this fixture came around.
The season is drawing to a depressing close and it is difficult to even see where the next point may come from looking at our final few games.
Perhaps the spirited display though from the youth side in their second leg game on Friday night can help spark the first team out of the rut they are now stuck in.
Villa Park has been a happy hunting ground over the years for us and Stuart Pearce will be hoping the few days off he gave the squad this week will signal a reversal of recent fortunes.


BIG GAME: Darius Vassell. Struggled on his return in the Cup game and lacking confidence of late.