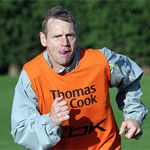 With hopes of European qualification via a high enough league position taking a dent over the past couple of months, the Intertoto route is one that has been suggested as an possibility should we fail to automatically qualify.

However, Stuart Pearce has put an end to the speculation by confirming we will not enter the Intertoto if the opportunity arose - with the full backing of the board, citing the size of the squad and also that the whole of pre-season would have to be scheduled around it. It is a decision that I do agree with and have posted on this subject a couple of months ago.