Share All sharing options for: Is he the One ? 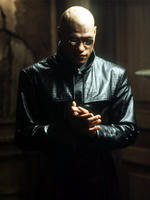 After years of waiting have we finally stumbled on ‘the one’...........
I say stumbled as like many city fans psycho wasn’t my first choice of manager , virtually no experience except for an ill fated spell at Forest as player manger which involved a manager of the month award and a relegation ! So maybe it’s no surprise he ended up at city! O’Neill , Allardyce (god forbid) and Le Guen were all rumoured to be ahead of SP.

The way he actually got the job bares more than a passing resemblance to the way O’Leary took over at Leeds, in that once in possession he threw in the kids he had worked with on a daily basis and the results kept him in possession.
By the end of the season he had become the fans choice and was duly ‘signed up’ and only a penalty miss by Keegans folly , Fowler , prevented us from embarking on a trip into Europe which would have been even more of remarkable turn around given the dirge that had been served up under Keegan before his demise.

During those dark final days under Keegan , when , he appeared to be doing nothing more than going through the motions. I was of the opinion that the club needed shaking up from the top and suggested we needed a Ken Bates type figure. Not that I like Bates but the one thing I don’t think you could ever throw at him was that he didn’t know what was happening in every department of the club and wouldn’t be frightened to rattle cages.

Attention to detail has been the most impressive and in all honesty probably the most unexpected facet of SP reign so far. During the first few weeks he spent time in each department within the club learning how it all worked , spent his summer holidays attending training sessions with European Clubs , has been spotted scouting and checking up on the opposition more times in the last week than I ever remember Keegan doing.

The emails to fans are a nice touch as well , the one from this week praising the atmosphere amongst other things. Wouldn’t surprise me if SP was behind the piped singing from the Bolton game ? a little reverse psychology from psycho ???

The team is looking solid , the debt is reducing , the fans are singing , the league table is looking good and the media are still loving SP……………..