More frustration in the transfer market.

Share All sharing options for: More frustration in the transfer market.

City have been rebuffed in their move for midfielder Stelios, who has decided to sign a new 3 year contract with Bolton. City had left a £1 million bid on the table for the Greek international with Liverpool also believed to be sniffing around the player.
Strange one this, as I expected him to move from Bolton, albeit my hunch was that he would move to Anfield. Stuart Pearce remains upbeat and insists that he is still pursuing several potential new recruits.
A couple of players who I would like to have seen him make a move for are Andy van der Meyde and Matteo Ferrari, two players who endured a miserable time in Italy last season with Inter and Roma respectively but van der Meyde moved today to Everton for £2 million and Ferrari is expected on a season long loan. 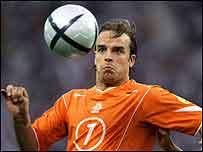 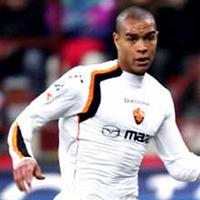 I think van der Meyde would have helped plug the gap vacated by SWP and is capable of beating his man and delivering a cross, whilst Ferrari is a tall, strong elegant defender who is not too disimilar I guess from Nedum Onouha. He would have provided decent cover in defence which would have also freed up Onouha to play full-back as well.
The squad is in decent shape to be honest, but still could do with some strengthening in all areas if we are to sustain a decent challenge on the European positions this season. Hopefully, Pearce will pull a couple of rabbits out of the hat between now and the closing of the transfer window.